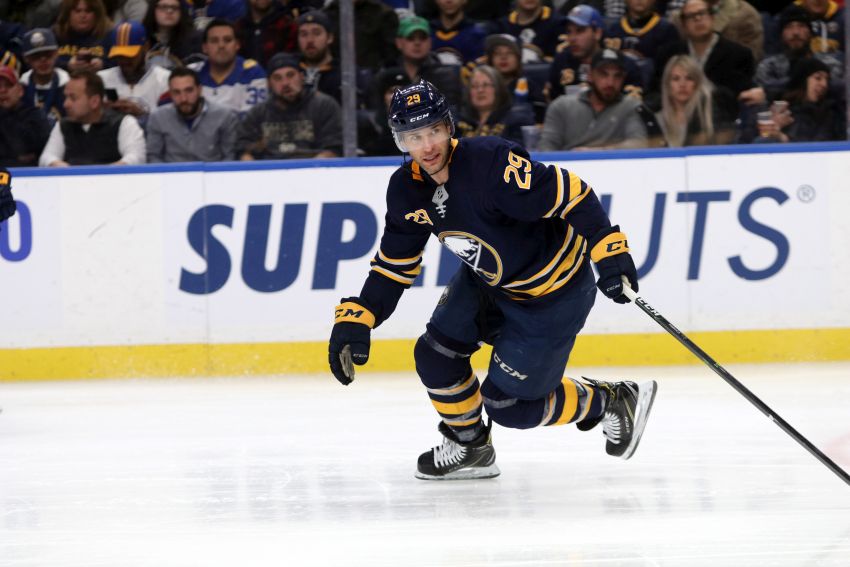 TORONTO – Now back to reality. A night after a thrilling come-from-behind victory generated some optimism, the Buffalo Sabres reverted to their all-too-familiar form Saturday, falling 5-2 to the Maple Leafs.

Forget that the Sabres rattled off a 10-game winning streak in November. The odds of them suddenly going on a late-season run and surging up the standings are minuscule.

Fresh off Friday’s 4-3 overtime win against the Pittsburgh Penguins, the Sabres failed in their 11th straight attempt to win consecutive games.

They haven’t won back-to-back games since Dec. 11 and 13, a shocking stretch of futility for a team that ranked first overall in late November.

“I don’t know,” captain Jack Eichel said on the Sabres’ inability to win two straight contests. “I don’t have an answer for you right now.”

And how’s this for the an additional kick in the teeth? Over their 48-year history, the Buffalo Sabres have regularly beat up on the Maple Leafs, their closest and often fiercest rival.

But the Sabres have lost all three meetings to the Leafs this season and four consecutive dating back to last year.

Like so many other recent outings, the Sabres played well for spurts.

After Leafs star John Tavares opened the scoring 4:20 into the game, the Sabres roared back. Pominville tied it at 6:00 before winger Conor Sheary put them up at 7:34, his third goal in two nights after scoring three times in 43 games.

But Morgan Rielly tied it at 19:40, beating a screened Linus Ullmark. Then Nic Petan and Nikita Zaitsev scored in the second period before the capacity crowd of 19,088 inside Scotiabank Arena.

The Sabres pumped 20 shots on goal in the third period, something coach Phil Housley will take solace in.

“I’m not going to beat around the bush, it’s disappointing we didn’t get the result,” Housley said. “We didn’t meet our standard tonight. … But I like the way we played in the third period. I mean, these guys fought and battled together – fought for each other – in the third period.

“We get one goal, it changes the complexion of the game.”