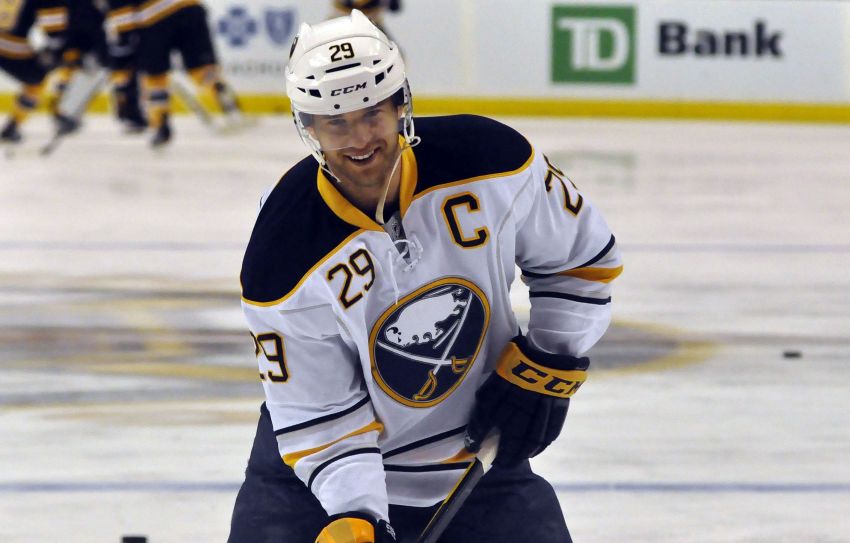 It’s that hard for the locked out NHL players to find a game these days.

The Sabres captain said he’ll play tonight in the Quebec Caravan League, a charity exhibition series pitting players from Montreal against others from around the province. The contests should resemble intense shinny, he said.

But it won’t be anything close to real NHL hockey.

Pominville plans to skate with some other players Friday before returning to Buffalo. If the Caravan experience goes well, he’ll return next week for two more games.

With the NHL work stoppage nearing the two-week mark, players have started scattering.

The Rochester Americans open AHL training camp today, so about 10 youngsters who’ve been working out with some Sabres are leaving. Winger Ville Leino hopes to sign overseas by next week. Others are getting serious about finding regular work.

Many observers figured a new collective bargaining agreement could be reached around Thanksgiving or Christmastime.

But with little happening – some new talks are scheduled for Friday, however – optimism is waning a bit.

“It could be (the) whole season,” Leino said about the lockout. “But maybe it will get solved by Thanksgiving. I don’t know which one will be the right one. But I bet it’s going to be a while.”

Pominville, one of several players who’s ditched his Sabres jersey for a rebranded NHL Players’ Association sweater featuring the Twitter hashtag “#theplayers” on it, went to a meeting in New York two weeks ago thinking the players and owners were at least somewhat close.

“I came out of there thinking, ‘Huh, this might take a while,’” Pominville said. “Now you start hearing guys saying the whole season might be lost and stuff like that. I’m still one of those that wants to stay optimistic we’ll get it done. Hopefully, it’s sooner than later. I wouldn’t be surprised if it takes a while.”

“(NHLPA executive director Donald Fehr) said repeatedly, ‘You know, you can’t speculate. You can’t give timeframes,’” he said. “Things can change in a hurry.”

In the meantime, the Sabres staying in town would love to change their workouts. A real practice is impossible, however.

“There’s nothing we can possibly do that’s similar to when you have coaches out there,” Pominville said.

Retired teammates Jay McKee and Andrew Peters have added structure to the sessions, something Pominville appreciates. But with the Amerks and some others leaving, practicing and scrimmaging will become tougher with only about 10 players.

“It’s not the best, but it’s better than I thought it was going to be,” goalie Jhonas Enroth said about the workouts. “It helps a lot with Petey and Jay there.”

“I feel like I’m losing time,” the 24-year-old said. “Pominville, (goalie) Ryan Miller, those guys have been in the league a while. I definitely want to get back and play in the league I’ve been dreaming of playing in for a long time.”

Enroth wants to play at home in Sweden, but several European leagues have been reluctant to welcome talent that could bolt back to the NHL.

“I’m waiting for the league back home to make a decision on NHL players,” he said.

Pominville, meanwhile, is starting to consider his European options a little more. Insurance, he said, is a big issue. He also wants to go somewhere he can take his wife and two children.

“If I can get good skates here, I might stick around for a little bit,” Pominville said. “I might eventually start thinking about heading over there if you can get insured.”

Leino said his agent has been working on a deal. Sweden or Switzerland could be an option for the Finn.

“It kind of throws you back to when you were a kid, the car rides to the rink, the car rides from the rink,” he said. “I’m really enjoying it. It’s nice to see a smile on my son’s face whenever he straps the skates on.”

Still, playing in Europe is “on my mind daily,” Ellis said.

“I don’t think anyone knows what the right thing to do is, what the wrong thing to do is,” he said. “But (I’m) trying to see what’s out there anyways, option-wise. I’d like to be out there playing. I know as each day goes by we’re getting hungrier and hungrier to play.”

The Amerks play their first exhibition game Wednesday. They open the on-ice portion of camp Friday in Buffalo at the First Niagara Center.

“I’m excited (to) get some serious hockey going,” said Amerks center Cody Hodgson, an NHL regular only back in the minors because of the lockout.

The young stars NHL teams have assigned – Edmonton’s Jordan Eberle and Ryan Nugent-Hopkins and Carolina’s Jeff Skinner are all in the AHL – should make the league entertaining.