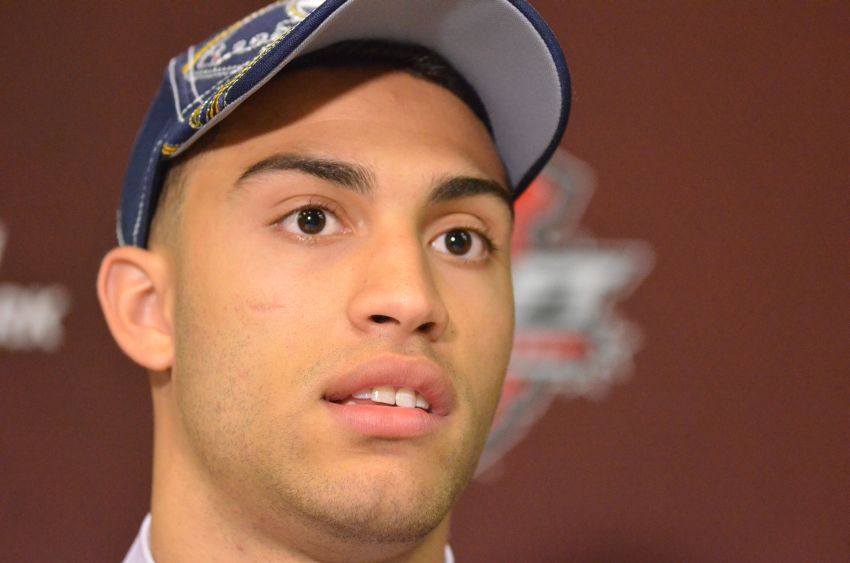 “It was crushing for me,” Bailey said Sunday inside the Prudential Center minutes after the Sabres selected him 52nd overall with their third second-round pick in the NHL Entry Draft.

Even as a 3-year-old, Bailey, who turns 18 today, loved the Sabres.

So when the Sabres called Bailey’s name Sunday, the winger said it felt surreal and was “a dream come true.” His mother, who raised him by herself, “teared up,” he said.

Karen Buscaglia knew some former Sabres, including Matthew Barnaby, someone Bailey calls his mentor. The team has always been a major part of his life, and he credits the former Sabres who mentored him.

Incredibly, Bailey wasn’t the only Buffalo-area player who experienced that special feeling Sunday.

“It’s a no-brainer at that point,” amateur scouting director Kevin Devine said about the Sabres picking a local player.

Malone said he was thinking about the Sabres taking him.

“Oh yeah, my dad was nudging me a little bit,” Malone said. “It was always a possibility.”

He called putting the Sabres jersey on “crazy.”

“It’s sort of going full loop,” said Malone, who played for Team’s USA Under-18 squad and plans to attend Harvard later this year. “I started off in Buffalo, played two years there, then I went off to the national team and coming back to Buffalo again, it’s pretty cool. I’m just trying to take it all in right now because sometimes, spur of the moment, you just forget about things.”

Later in July, Bailey and Malone will be on the First Niagara Center ice in Sabres gear at the team’s development camp.

Malone, a big Chris Drury fan growing up, said he plays two ways, battles and thrives off his work ethic.

General manager Darcy Regier views selecting local youngsters “as an opportunity for both them and us.” The hands-on experience makes for a special development.