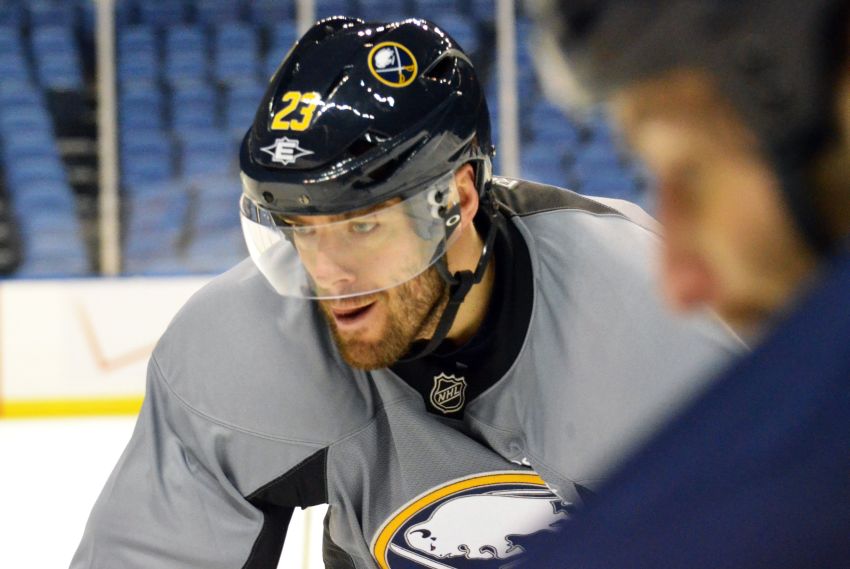 “He’s looking good,” Rolston said following practice inside the First Niagara Center. “Today we did a lot of defensive things and some more battle, and he’s doing well, where we wanted him. Tomorrow will be another test for him. But we’re putting him in every situation we can right now to make that happen.”

Leino skated today on the left wing with rookie Mikhail Grigorenko and Steve Ott, his place before going down two days before the season opener.

Meanwhile, center Tyler Ennis practiced in a non-contact role today, his first session since Wayne Simmonds crunched him into the boards from behind Sunday in Philadelphia.

Rolston said it’s a “strong possibility” Ennis, who was “dinged up,” can return Saturday.