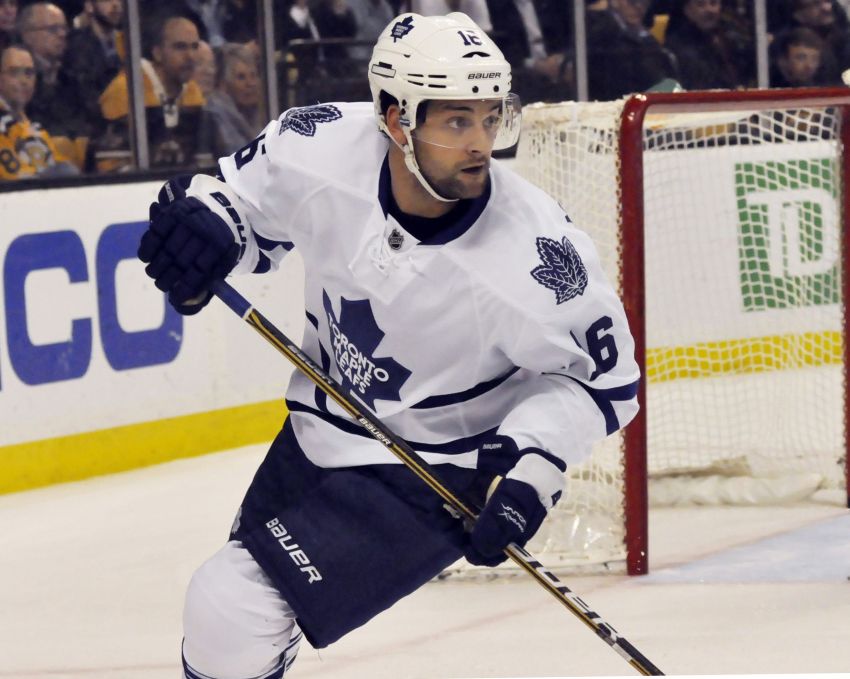 TORONTO – By the third period of the hapless Maple Leafs’ 11th consecutive home loss Thursday, the remaining fans inside the Air Canada Centre – normally some of the NHL’s quietest and most corporate patrons – finally had enough.

Watching the Philadelphia Flyers throttle their Leafs 7-1 put the self-proclaimed “Center of the Hockey Universe” in a baseball mood.

“I think the fans have the right to do that. Wouldn’t you if you were paying for that?” winger Clarke MacArthur, a former Buffalo Sabres regular, asked Saturday morning prior to the Leafs’ 4-3 win over the Sabres. “They’re frustrated. We’re frustrated. It’s not their fault. We still think we have great fans. But at some point they got to show their frustration, right?”

For four months, it appeared the upstart Leafs would secure their first playoff berth since 2004. The slick club had finally become a player in the crowded Eastern Conference.

On Feb. 6, after beating the Edmonton Oilers 6-3, they jumped to sixth place. With 62 points, they trailed the Northeast Division-leading Boston Bruins by six.

Prior to Saturday, that was the Leafs’ last home victory. They’re 5-17-3 overall since earning their 28th win.

The Leafs’ downfall was quick and ugly. Ron Wilson got fired March. 2. They were 4-8-2 under Randy Carlyle entering Saturday. Even a coaching change couldn’t jolt the club.

They began Saturday in 14th place.

What the heck has happened?

The Leafs’ Jonas Gustavsson-James Reimer goaltending tandem might be the NHL’s worst. Their team defense (28th in goals allowed) is terrible, too. They can’t score anymore, either. Losing 67-point man Joffrey Lupul for the season didn’t help.

“We kind of got loose,” said MacArthur, who has 19 goals but zero in the last 13 games. “We were playing that same kind of style of hockey you play at the start of the year halfway through. Teams start to clamp down. They’re having a field day on turnovers we were given.

“Goaltending had a little bit of a tough patch. We’ve all had tough patches. The forwards have had times we haven’t score. The D have had tough games. If it not one thing, it’s been the other for a couple of months.”

“I wish I had the answer to that question,” Franson said. “Things just snowballed into a lot of things, and then we’d correct some of them, and the other ones we didn’t would bite us every time. …

“It was just one of those things where we couldn’t seem to find our way out of the fog. Now we’re here and it’s very disappointing.”

Former Sabres enigma Tim Connolly has 12 goals, 34 points and a minus-11 rating in 67 games. So much for that top center the Leafs envisioned. Connolly, who inked a two-year, $9 million contract in July, now pivots a checking line.

Reimer, who performed like a strong No. 1 late in 2010-11, suffered a neck injury early and never got on track, compiling a 3.10 goals-against average and .900 save percentage.

Both netminders are hurt, so Ben Scrivens started Saturday and Jussi Rynnas backed up.

The Leafs will almost certainly pursue a goalie this offseason, which begins next Sunday, way too early for MacArthur.

The 26-year-old played his 360th NHL game Saturday. But he’s never appeared in a postseason contest.

“That one year we were going to make the playoffs in Buffalo I got traded,” MacArthur said about 2009-10. “It’s just every year, like four or five years now. It’s so frustrating. It’s a little bit of bad luck. I don’t know what it is.”