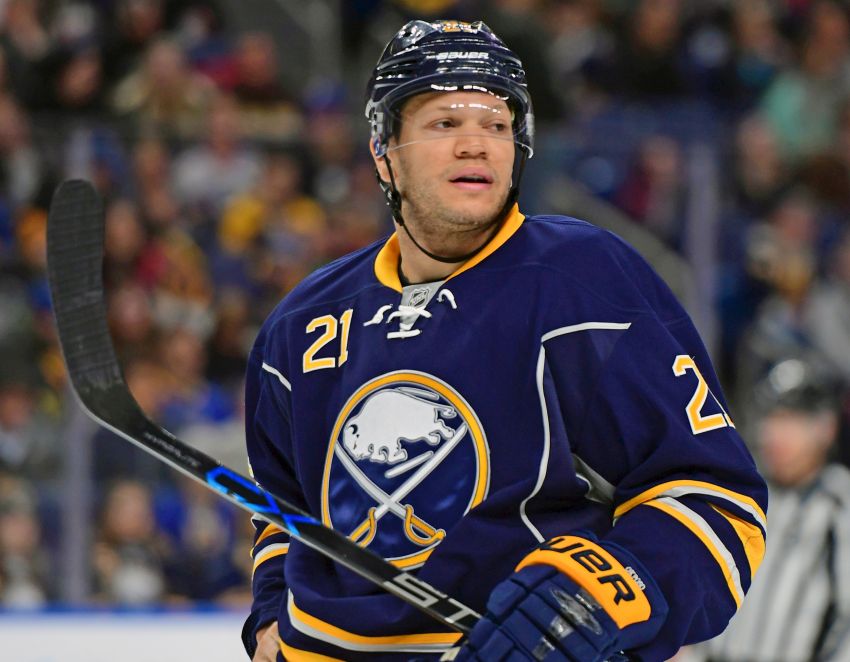 Prior to Wednesday’s 2-1 win against the Montreal Canadiens, Sabres coach Dan Bylsma said he was “very concerned” about Okposo, who has undergone testing and been out of the lineup since last week.

Bylsma had no further comment following the Sabres’ home finale at KeyBank Center.

Okposo, the Sabres’ only NHL All-Star this season, is one of the team’s best players on the ice and leader and a popular teammate off it.

Sabres center Ryan O’Reilly said Okposo is “the heart-and-soul of this team.” He recently noticed a change when Okposo returned from a rib injury.

“Just that last little bit, just his voice, his presence in the room, he was great, he was saying the right things, keeping it honest here,” he said. “He was motivating the guys and guys were playing the right way. … He stepped in a huge way, and to see this happen, it’s unfortunate.”

“He’s a special player on the ice that we definitely miss (and) we all care really much about Kyle,” he said. “We just all want to be here to support him, wish him the best. Hopefully, he gets healthy soon.”

Okposo signed a seven-year, $42 million contract July 1. The American has missed the last four games. He last played in a 4-2 win against Florida on March 27.

With Okposo in their thoughts, the Sabres, fresh off Monday’s wretched 4-2 loss here to Toronto, closed the home slate with a solid win against the first-place Canadiens before 18,815 fans.

Still, as Eichel said goodbye to the fans on the ice following the Sabres’ 33rd win, he thought how much of a disappointment the season has been.

The Sabres were supposed to break out and earn their first playoff berth since 2011. Instead, they wilted down the stretch, falling to the bottom again.

“It (stinks),” Eichel said bluntly. “We didn’t make any improvement from last year. It’s another failed season in my mind. Obviously, something needs to change. We need to be playing hockey more next year. The season can’t end here.”

Sabres winger Tyler Ennis, who scored the winner 11:35 into the second period, his fifth goal, said the season “was a letdown.”

“We let (the fans) down and we need a better effort next year,” he said.

Sabres defenseman Rasmus Ristolainen opened the scoring 6:01 into the game, his sixth goal. Tomas Plekanec narrowed it to 2-1 46 seconds into the third period.

Bylsma said he sensed “a difference from our team” after Monday’s debacle.

“There was a big disappointment with how that game unfolded against Toronto and the result and … I sensed a different feel from our team, one where we wanted to get back on the ice and kind of put it out there again for our team, for our fans,” he said.

Sabres goalie Robin Lehner, who got pulled after allowing three goals in the opening 5:09 on Monday, bounced back with a 31-save effort.

Bylsma said winger Marcus Foligno, who left the game after the second period, suffered a bruised right knee. He had no further update.