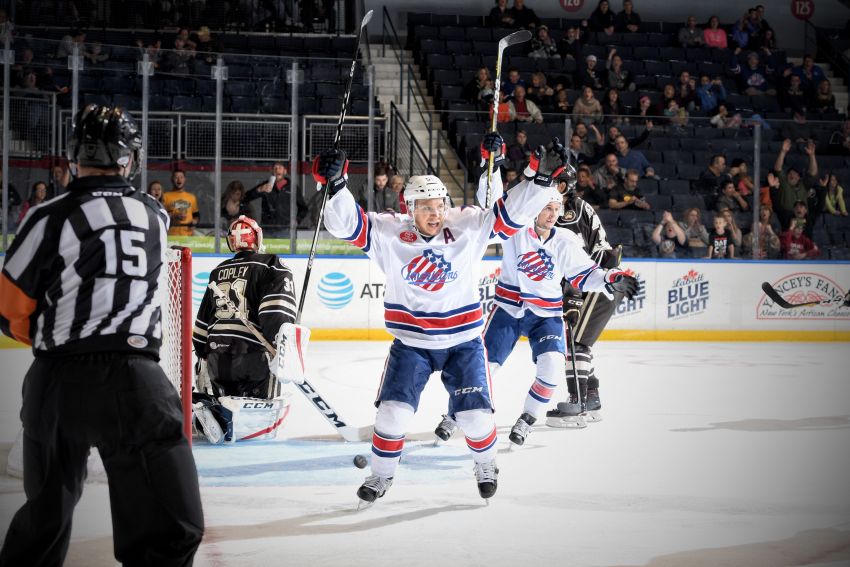 BUFFALO – For Sabres rookie Kyle Criscuolo, one of his welcome-to-the-NHL moments came during his second shift last Friday in Detroit, when he took a faceoff against Red Wings star Henrik Zetterberg.

Still, for Criscuolo to line up against Zetterberg in his NHL debut was special.

“It’s still pretty cool to get out there against him and just look across and (think) it’s pretty neat,” Criscuolo said this morning inside KeyBank Center.

“It was definitely big to play against a team that I was familiar with,” Criscuolo said. “Having played against some of the those guys and skated with them definitely helped me a lot in that game, I think. And since then, I think I’ve felt comfortable out there. I’m just trying to bring energy when I’m on the ice.”

So far, Criscuolo has played limited minutes on the fourth line, skating at center and right wing. In the AHL, the 5-foot-9 Criscuolo is a scorer. Five goals and 11 points with the Rochester Americans helped the Harvard product earn his recall.

But Criscuolo, who has noticed he has less space in the NHL, said he showcases a different style as a fourth-liner.

“Right now, I’m trying to be as simple as possible and follow the game plan,” he said.