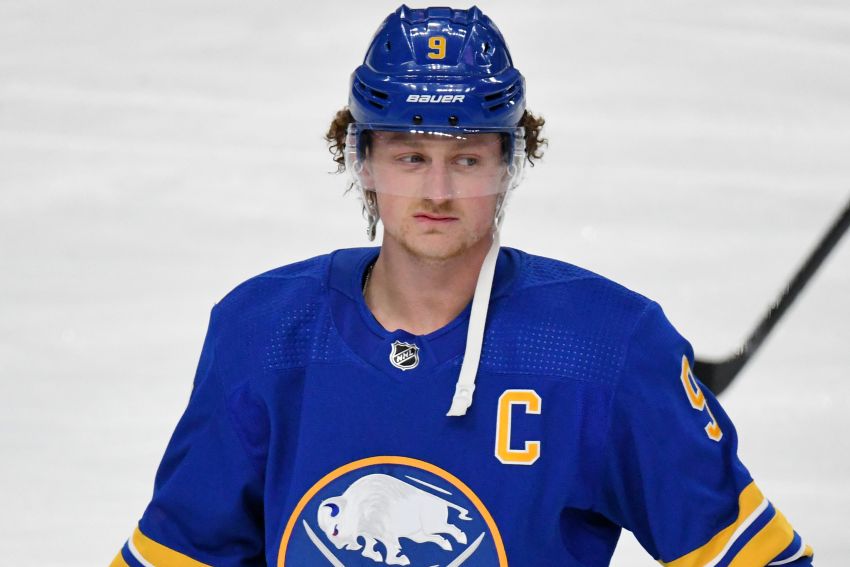 Eichel, of course, is expected to be dealt this summer. But what if a trade doesn’t materialize? Dealing him is extremely complicated. The ultra-talented center has a herniated disc in his neck, five years left on his contract and a $10 million salary cap hit.

His health and massive salary are huge hurdles.

Could Eichel, 24, still be with the Sabres when training camp starts in September?

“I would have no problem at all if Jack Eichel is on our team when we start training camp,” Adams said Saturday inside KeyBank Center after the NHL Draft ended. “I have said this before and I’ll say it again: If we are in a position that we believe will help our franchise, not just short term but for the long term in building this out, building around a core and the foundation of critical assets, then we’d be open and looking at it.

“If we didn’t have that on the table or don’t think that makes sense, then we won’t do something. But, yeah, I have no problem with Jack being here.”

Eichel suffered his season-ending neck injury March 7. On May 10, he said he felt a “disconnect” with the Sabres over their handling of the injury.

Adams said his relationship with Eichel hasn’t been fractured.

“I have no sort of in any way shape or form hard feelings with Jack Eichel,” he said. “I want to make that very clear. I like Jack. Over the past year-plus I’ve been on the job, we’ve had a lot of different discussions, some of them maybe not as fun as others. We’ve gotten to know each other, I’ve talked to his agents twice today. There’s constant communication.

“But I understand where he is but from my standpoint, he is a player on our team and a very good one, very, very good one, and that’s how I look at it.

“So for me, this is just part of my job and what I’m going through and Jack has what he’s going through as a player. We’re both trying to do our jobs.”