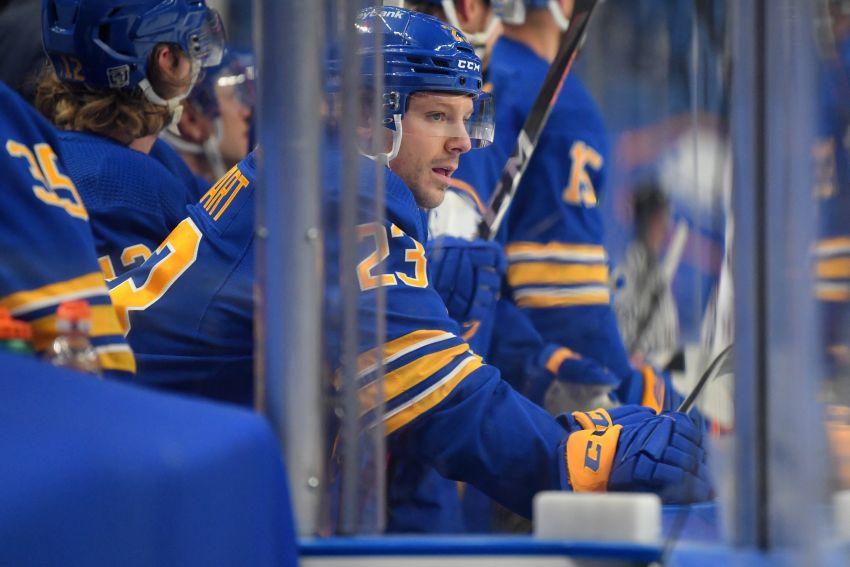 Sam Reinhart was the second overall pick in 2014. ©2021, Micheline Veluvolu

Late Friday, shortly after the first round ended, the Sabres dealt center Sam Reinhart to the Florida Panthers, pending a trade call, according to Sportsnet’s Elliotte Friedman. The Athletic’s Pierre LeBrun also reported Reinhart was being moved. The return was unclear.

But when Adams walked on the KeyBank Center floor early Saturday morning to discuss Friday’s happenings, he wouldn’t confirm he had traded Reinhart.

“Right now, it would be inappropriate to make any comments on rumors,” Adams said. “But when and if there’s something to announce, we’ll let you know.”

When pressed if Reinhart, 25, had been dealt, Adams said “it would just be appropriate right now because we’re working on things, and I don’t know sometimes … how long it could go or it couldn’t go.”

Following the season, a less than enthused Reinhart said he did not want to go through a rebuild following the Sabres’ last-place finish.