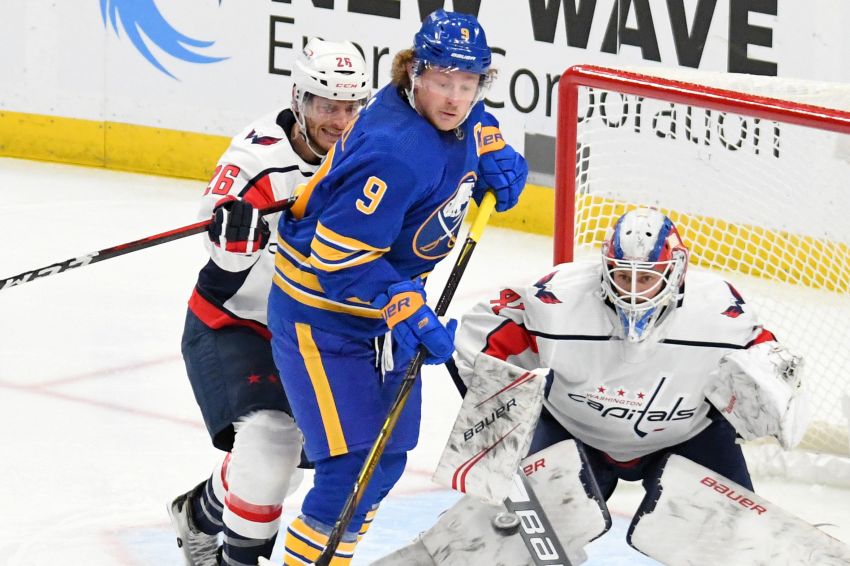 Kevyn Adams cut right to the chase, addressing the topic on everyone’s mind before he could be asked about it. The general manager doesn’t feel there has been a disconnect between the Buffalo Sabres and their captain, Jack Eichel, over how they’ve handled his season-ending neck injury.

Eichel, 24, hasn’t played since he herniated a disc in his neck March 7. In his first comments Monday since suffering the injury, he said he felt a “disconnect” with the Sabres and he was a “bit upset about the way things have been handled.”

After the team doctors diagnosed Eichel with a herniated disc, he sought second opinions. Adams said Eichel’s camp has talked about the star center undergoing a surgery “that’s never been done on a National Hockey League player before.”

Can the relationship between the Sabres and their best player be repaired? Eichel was noncommittal about his future in Buffalo.

“You’re talking about a young professional athlete that wants to be healthy and wants to play and wants to win,” Adams said. “I don’t want to put words in Jack’s mouth on why he reacted the way he did on Monday, or why there was emotion there. But I’ll flip it around on a positive note to say we want players and people in this organization that are passionate, that want to win, that want to be here, and are excited to put this jersey on and make this city proud.

“I’ve talked to you guys about this before. The disconnect in my mind right now is from our team to our fan base and our city in making the people of this community proud. And I understand what that means. And that’s something that I think about every day. I’m extremely focused on where we go from here and less focused on the past, and the past 10 years. You certainly can learn from it, but I’m focused on solutions, and I’m focused on the proper conversations to point this franchise in the right direction.”