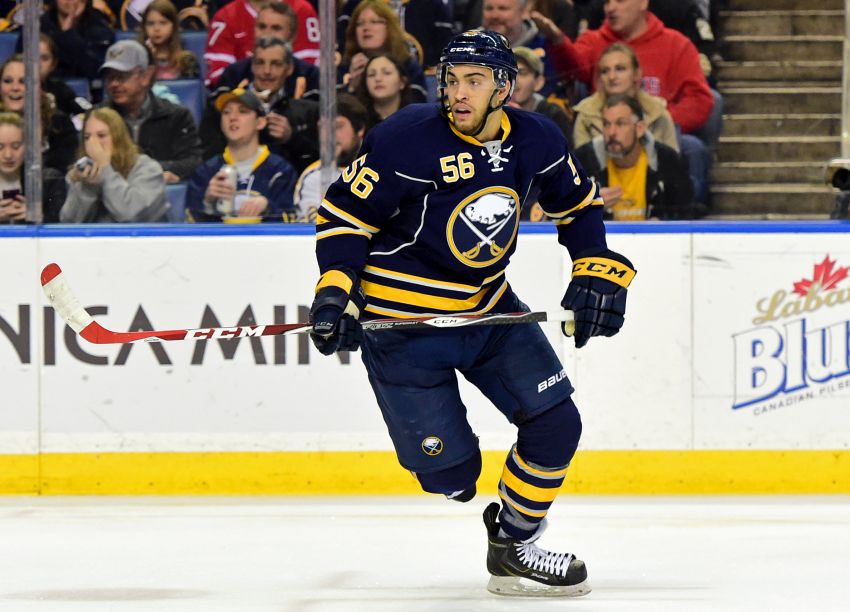 While the Williamsville native didn’t score in 11 minutes, 55 seconds of action, he finished the contest confident he’ll net that elusive first goal sooner than later.

Bailey, 20, might get a long look from the Sabres, who recalled him from the Rochester Americans prior to the game to replace center Ryan O’Reilly (lower body). Bailey will likely accompany the Sabres on their three-game California road trip later this week.

“I liked his game,” Sabres coach Dan Bylsma said. “I thought that line in the first was real good and Justin (used) his speed, his size. I liked his game quite a bit. His speed is evident. Against a team that has a lot of speed, he showed that skating ability.”

Bailey’s four-game run earlier this month impressed the Sabres before they returned him to the AHL brimming with confidence on Thursday. In his debut Feb. 11 in Philadelphia, Bailey pumped seven shots on net and earned Bylsma’s praise as the best player in the Sabres’ ugly 5-1 loss.

His played dipped a bit later. Still, he received a regular shift. When he returned to Rochester for two weekend games, he tried to apply the lessons he learned in the big league.

“Those first four games I think I played pretty well,” Bailey said. “I showed some things that I could do positive. Also the negative things kind of showed up. I went down to Roch, even though it was quick, I tried to really focus (and) … I felt a little bit more poised (Sunday), made a couple good plays and tried to bring that confidence the rest of the game.”

Bailey received word late Saturday following the Amerks’ game in Syracuse he was needed in Buffalo.

“It was pretty cool being able to come back,” Bailey said. “It seems like I was in Rochester a little bit longer. I don’t know why. I felt like I was there a week but it was only three days.”

Bylsma recently put defenseman Mark Pysyk, who has zero goals and four points in 33 games this season, on the point beside Zach Bogosian on the No. 2 power-play unit.

Why? Pysyk can carry the puck and get it into the zone.

“You look at his statistics, you’re not going to see a guy you immediately think should hop on a power play,” Bylsma said. “But with his skating ability, he’s a simple, smart, puck-moving guy that compliments Zach Bogosian on the back end.”

Bogosian scored 10 goals with Atlanta in 2009-10, but has only nine scores in 160 games over the last three seasons, including three in 43 appearances this campaign. He hadn’t scored a power-play goal since Dec. 31, 2011. He also had an assist Sunday.

“It would be a lot nicer if we got the win,” Bogosian said about scoring twice. “It seems I’m trying to get my shots through lately. It’s starting to pay off a little bit.”

Jamie McGinn, an unrestricted free agent following the season, has been one of the Sabres’ most popular and productive wingers, compiling 14 goals and 27 points in 60 games.

The Sabres have talked to McGinn’s camp about a contract extension, but if they can’t re-sign him, he’ll likely be dealt before the Feb. 29 trade deadline.

Apparently, some fans want McGinn, 27, to stay badly. Two signs were hanging above the 300 level throughout the game: “Don’t wait, re-sign Jamie McGinn #88” and “An Easy Win: #KeepMcGinn.”

The Sabres scratched defenseman Cody Franson (neck). Bylsma didn’t have an update on Franson, who was hit into the boards Friday. Mike Weber replaced him.

With his first-period assist, Penguins superstar Sidney Crosby now has 34 assists and 48 points in 30 career games against the Sabres.