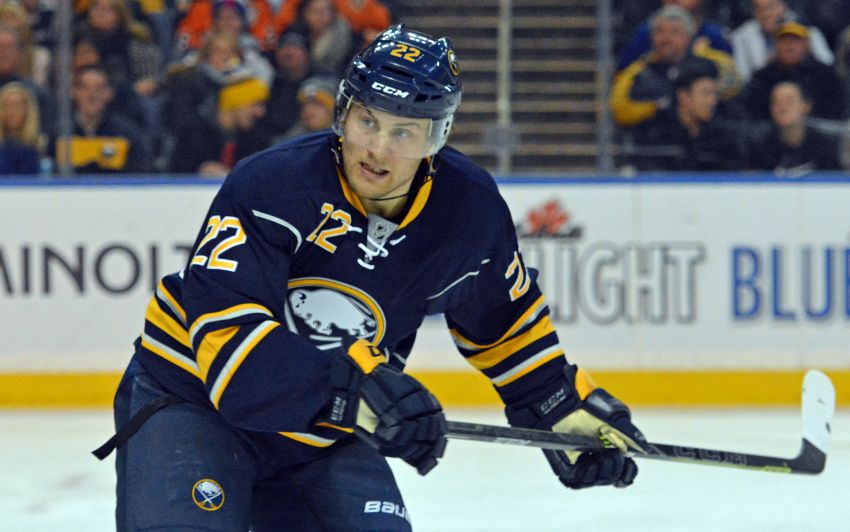 BUFFALO – As the Sabres trickled out on the ice Sunday morning, coach Ted Nolan and winger Johan Larsson skated around and talked about the prospect’s latest recall.

Upon getting demoted to Rochester in early January, Larsson voiced his displeasure with having to skate on the fourth line in the NHL, a complaint that irked Nolan.

So Nolan gave Larsson a direct message during their brief chat prior to the Sabres’ 2-1 loss to the Philadelphia Flyers inside the First Niagara Center.

“Just play,” Nolan said. “Players got to play, and don’t worry about nothing else, who you’re playing with and how much you’re playing. Just play.”

The Sabres recalled Larsson, a center with the Americans, because a lower-body injury shelved winger Patrick Kaleta.

The 22-year-old Larsson played on the fourth line again Sunday, this time on the left wing beside center Matt Ellis and Cody Hodgson, who returned from a two-game benching. Larsson skated a game-low six minutes, 40 seconds.

Larsson has been a strong AHL player the last two years, compiling 29 goals and 78 points in 92 games with the Amerks, including 14 goals 37 points in 41 contests this season. But his NHL production has been meager. The Swede has only one goal and six points in 41 appearances.

Considering he was acquired by the team’s old regime and might be in Nolan’s doghouse, Larsson could be running out of time to impress the Sabres.

What must Larsson do to break through?

Larsson still believes he has an opportunity here. The Sabres will likely deal more players before the March 2 deadline. More moves could create a regular spot for Larsson.

Did the Sabres ask Larsson to keep quiet about his linemates?

Kaleta had played 21 consecutive games, a long streak for the oft-injured agitator. The Angola native, who practiced Saturday, will be evaluated again and sidelined a “little while,” Nolan said.

“He was trying to skate through it,” he said.

Meanwhile, the lower-body injury Sabres defenseman Josh Gorges has been nursing could sideline the veteran for a while.

Nolan wouldn’t say Gorges’ season is over, however.

Nolan wanted defenseman Zach Bogosian, part of Wednesday’s trade with Winnipeg, to play some big minutes in his Sabres debut.

Why did Bogosian pick No. 47 with the Sabres?

Nolan on Hodgson: “It’s up to guys what they want to do when they get on the ice. We’re hoping. It’s been a tough year for Cody, for sure. We just got to see if he fights through it.”

The two spoke on the ice Sunday morning, their first chat in more than a week.

The Sabres played tribute videos for defenseman Tyler Myers and winger Drew Stafford, veterans they traded to Winnipeg on Wednesday.