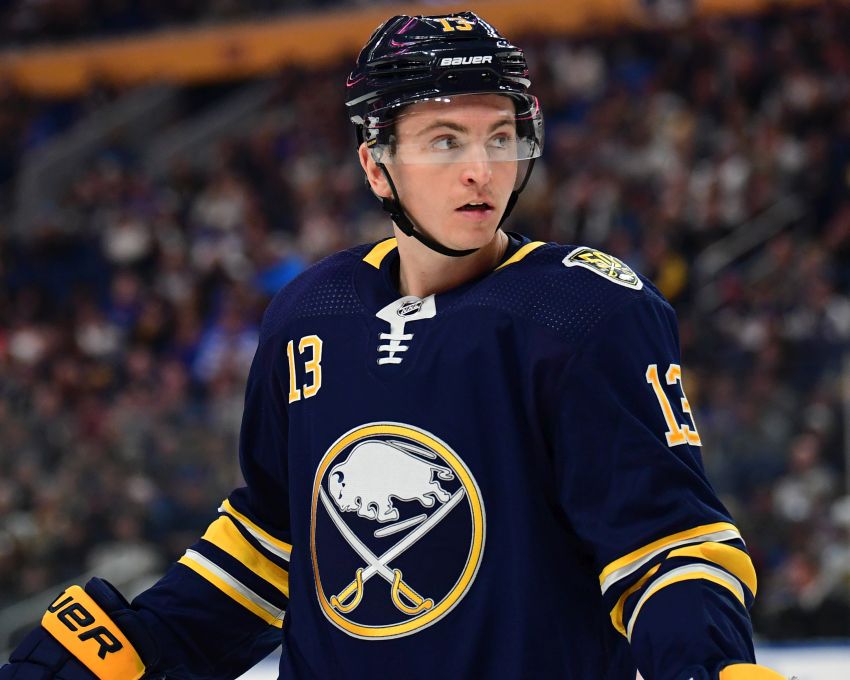 BUFFALO – Sabres winger Jimmy Vesey has quickly learned to like what his new city offers, including the easy drive to work.

Vesey, who spent three seasons with the New York Rangers, already knows he can get anywhere in about 15 or 20 minutes.

“There’s a big convenience factor, I think, in terms of commuting and everything like that,” Vesey said prior to Monday afternoon’s 4-0 win over the Dallas Stars. “I’m settling in nice.”

Vesey, 26, said he has “absolutely no complaints” about joining Sabres, who traded the Rangers a 2021 third-round pick on July 1 for him.

“Everything’s been pretty smooth,” he said of his transition. “Everyone here has welcomed me.”

On the ice, however, Vesey has struggled a bit, going pointless in his first six outings entering tonight’s road game against the Anaheim Ducks.

The good is Vesey’s defensive play.

In addition to giving him penalty-killing duty, Sabres coach Ralph Krueger has also utilized Vesey late in games. Last week, for example, he promoted the former Hobey Baker Award winner to replace rookie Victor Olofsson on the top line in a tight contest.

“Jimmy has accepted any role,” Krueger said. “I feel confident with him anywhere in the lineup. He’s a player you like to have as a coach.”

“I guess people really wouldn’t think of me as that … but (in) college I was killing penalties and playing late in games as well,” he said. “So I think I have it in my ability. It’s nice to get rewarded here right off the bat.”

He added: “Defensively, I’ve played a solid game. … I feel good about that, in terms our line.”

Still, Vesey’s line – he has spent all season at left wing beside center Casey Mittelstadt and Conor Sheary or Evan Rodrigues – has been the Sabres’ weakest.

Contributions up and down the lineup have buoyed the Sabres’ sizzling 5-0-1 start. But other than Sheary’s goal opening night, the Sabres’ first of the season, the line hasn’t contributed any offense.

Sheary, who’s day-to-day with an upper-body injury, scored one even-strength goal before getting hurt. Mittelstadt has mustered just one assist five-on-five. Rodrigues has zero points in three games.

“Shifts have been too short in that category,” Krueger said. “(They) need to take example of the Larsson line.”

The combination of center Johan Larsson, Zemgus Girgensons and Kyle Okposo has outplayed Vesey’s trio, surpassing it on the depth chart.

Vesey’s line is now the fourth. He has averaged 11 minutes, 56 seconds of ice time this season, about four minutes less than last year.

Shortly after Krueger spoke Monday, Vesey’s crew enjoyed its best game this season, producing a gaudy Corsi For – the percentage of shot attempts by the team while the line is on the ice five-on-five – of 80, according to NaturalStatTrick.com.

Early in the second period, the line played in the Dallas zone so long the crowd inside KeyBank Center began roaring.

“We got to establish ourselves more in the offensive zone and be a little bit harder on pucks,” Vesey said before the game. “That will bring more scoring chances and more goals.”

Vesey has scored 17 goals, including 16 at even strength, in each of the last two seasons, so he has a history of posting solid numbers.

Two years ago, he went pointless in his first eight games before finishing strongly.