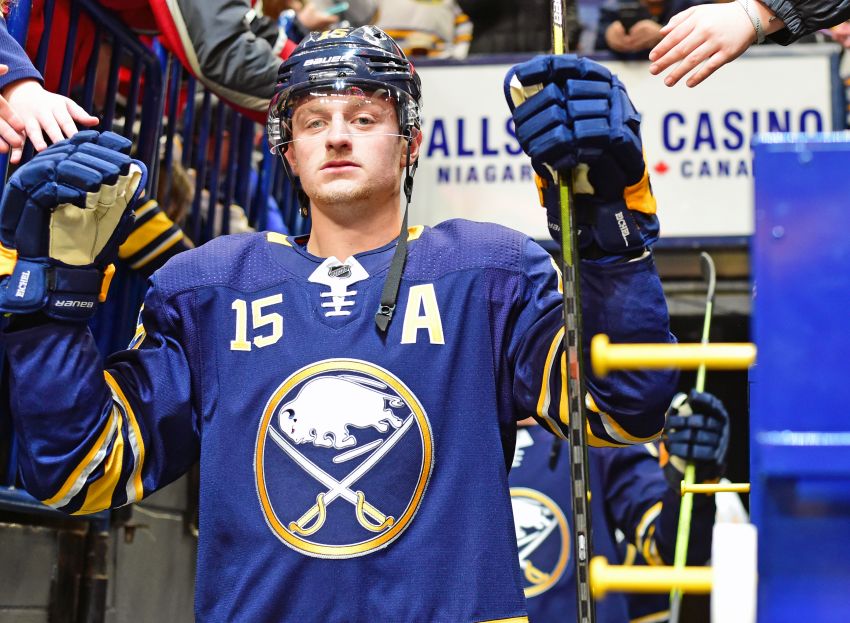 Eichel went on a tear beginning Dec. 1, morphing into one of the NHL’s most lethal scoring threats. His 15 goals and 34 points in 30 games since then both rank ninth overall.

The Sabres stand 30th in a 31-team league and have scored the second-fewest goals. They could ill afford to lose their MVP and only NHL All-Star.

With a team-best 22 goals and 53 points in 55 games, Eichel had scored 17.2 percent of the Sabres’ goals and been a part of a whopping 41.2 percent entering Sunday.

Losing their most dynamic presence will hurt.

“It’s difficult, especially the way he’s been playing,” Sabres coach Phil Housley said prior to Sunday’s 5-4 loss to the Colorado Avalanche inside KeyBank Center. “For two and a half months, he’s been coming into his own.”

The good news for Eichel, if there is any, is he didn’t injure his knee.

Still, high ankle sprains are notoriously tricky injuries. Recovery times vary wildly. The Sabres, understandably, don’t want to set a timeline for Eichel. While the team said in a statement he is out indefinitely, Housley said the original prognosis is four to six weeks.

At this point, however, no one knows.

Only eight weeks are left in another miserable Sabres campaign. Housley said the Sabres have no interest in shutting Eichel down for the season.

The injury is familiar to Eichel. When the former second overall pick suffered a high left ankle sprain on the eve of the 2016-17 season opener, he missed the first 21 games over a seven-week stretch. The Sabres went 7-9-5 without him.

Sabres winger Sam Reinhart, who lives with Eichel and often plays beside him, said watching his close friend move around, the injury looks “a lot better than what it was last year.”

Reinhart said: “I think he’s still optimistic. If he treats himself right and he does what’s asked of him and what he’s being told, hopefully he can come back sooner.”

Housley said he told his players to “just rally around” Eichel’s injury.

“Looking at our game (Saturday), a lot of guys really had some solid efforts for us,” he said. “We’re going to have to continue to do that, guys are going to get opportunities, get more ice.”

Reinhart said: “It just takes a little bit from everyone. It’s not one or two goals from one guy, it’s not five or six blocked shots from another guy. It’s that little bit that accumulates throughout the rest of the lineup. I think we did a good job of that (Saturday).”