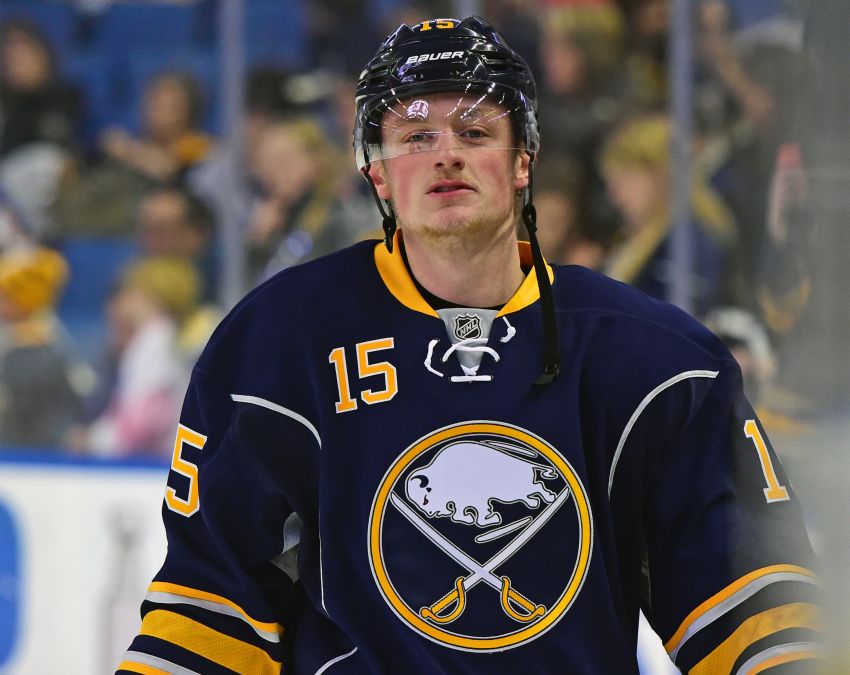 BUFFALO – Expect Sabres center Jack Eichel, who just finished a three-game stint at the World Cup, to join his teammates at training camp this weekend.

Eichel, 19, will return to Buffalo today. The second-year star scored one goal and two points before Team North America was eliminated.

“We’ll see him back at the rink the next couple of days and have a conversation about when he’ll get back on the ice,” Sabres coach Dan Bylsma said this afternoon.

Some other quick notes from the first day of camp:

– Bylsma said while he hasn’t had a formal sit-down chat with winger Evander Kane, they will have one soon. Bylsma spoke to Kane, who was charged following a June incident at a downtown bar, last week.

“Yes, there will be a conversation about the expectations for Evander both on and off the ice,” he said. “But I think Evander’s eager to get here and put it behind him.”

– Taylor Fedun, a defenseman likely ticketed for the AHL, recently returned from an undisclosed injury and started skating. He could join his teammates in about a week, Bylsma said.