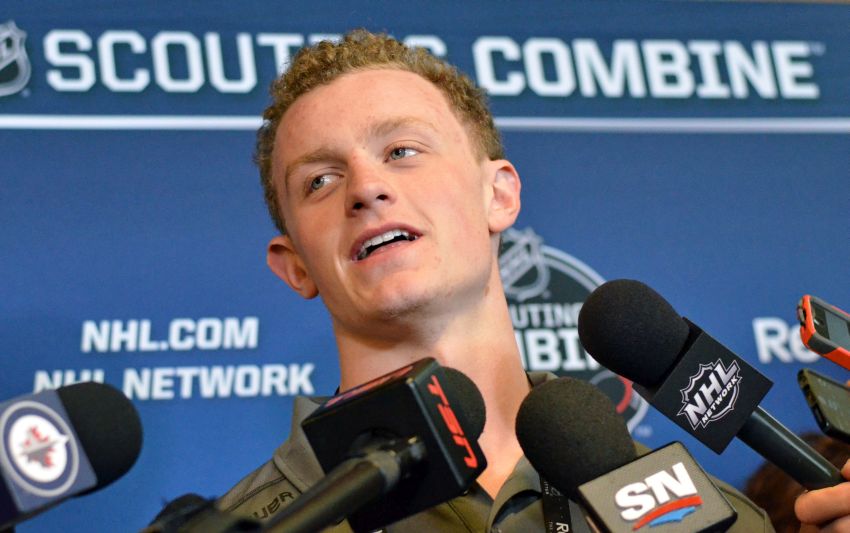 BUFFALO – All week, Jack Eichel, the mega-prospect the Sabres will select second overall in three weeks, has been getting a feel for his future home.

The 18-year-old Boston University superstar, in town for the NHL Scouting Combine, has enjoyed being welcomed by locals eager to greet their new hero and exploring the city.

“Everyone talks about Buffalo’s chicken wings, I got a chance to try those,” Eichel told a throng of reporters and cameras this afternoon inside HarborCenter. “I’m just trying to take it all in.”

Still, as much as Eichel will tell you he likes Buffalo, he’s not ready to commit to turning professional. Yes, going back for his sophomore season is still a possibility.

The decision, Eichel said, likely won’t come until after the NHL Draft on June 26.

“Nothing’s changed,” Eichel said. “I think I still have a lot of people to talk to. It’s definitely a tough decision to make.”