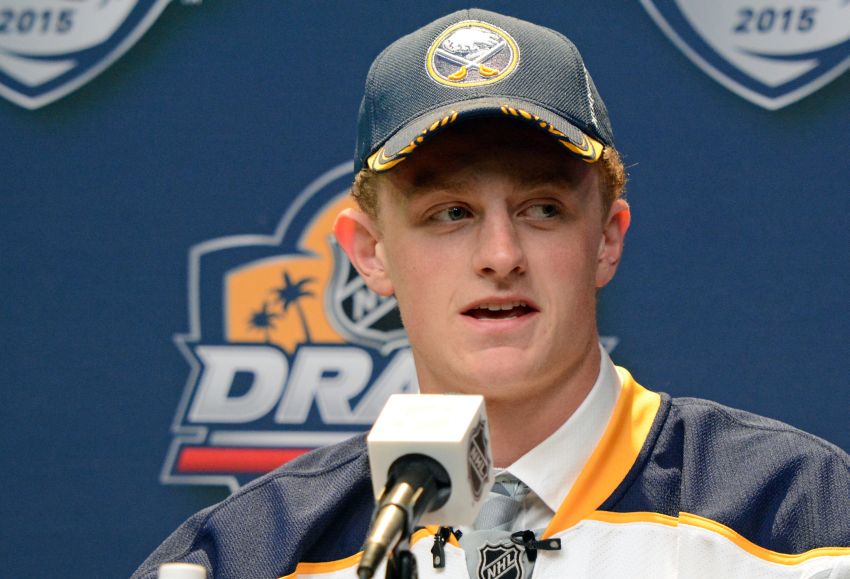 So when the Sabres finally selected him tonight at the NHL Draft inside the BB&R Center, Eichel shared his true feelings.

Now, about his future. Eichel still wouldn’t say whether he’ll turn pro or return to college. He plans to announce his decision in “a few days.”

The Sabres’ recent moves – they acquired center Ryan O’Reilly from the Colorado Avalanche moments before his selection was announced – have impressed him.

Eichel’s excited to join the community and feel the support of the Sabres’ rabid fan base.