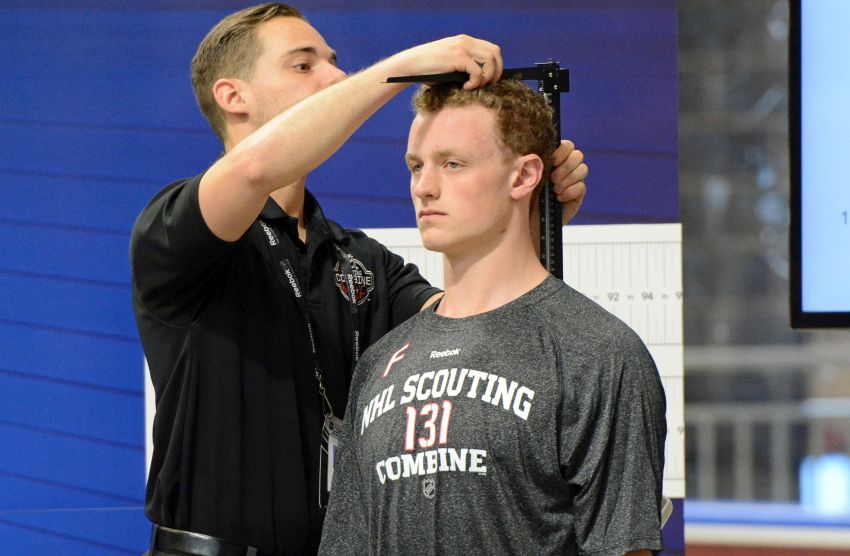 Eichel, of course, knows the Sabres will take him second overall. He just doesn’t want to get ahead of himself. The draft is still three weeks away. Eichel’s just trying to enjoy the whole process.

“Everyone around here’s pretty excited for the Sabres’ future,” Eichel said this Saturday following his fitness testing inside HarborCenter on the final day of the NHL Combine. “Everyone’s really welcoming. Nothing’s set in stone. It seems like this is where I’ll end up.”

Eichel, who still hasn’t committed to leaving school, has been“trying to get a feel for what it would be like to play here.”

Before the June 26 draft, Eichel plans to return home to Boston to train and finish school work. The memories of Buffalo will be fresh in his mind.

“It was a great week,” Eichel said. “It’s a great experience. I think it’s another piece of the season. It’s just another step toward the draft. I think Buffalo did a great job putting on this event. Hats off to the Sabres organization and everyone else involved.”

Eichel did well during Saturday’s testing, beating Connor McDavid, the runaway No. 1 pick.

“It was a great experience out there with a bunch of other players, just competing,” Eichel said. “Just like anything else, you want to do the best I can.”

Here’s how Eichel and McDavid finished in the testing, according to NHL.com: