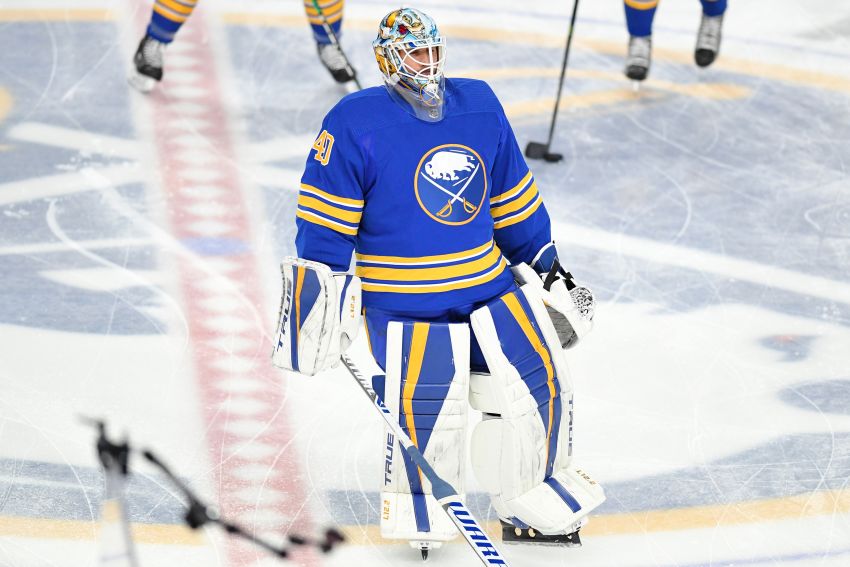 Buffalo Sabres goalie Carter Hutton, who has missed the last 19 games with a lower-body injury, suffered a setback in his recovery, interim coach Don Granato said this morning.

“What that means, I don’t have clarification on it,” Granato said on a Zoom call after the Sabres prepared for tonight’s road game against the New York Rangers. “We have not and are not going to say he’s out for the year and won’t play one of the final couple games. He still has a chance of that, but he did have a setback. Where we were hopeful that would be the case, now it’s more of a question.”

Meanwhile, Granato said No. 1 goalie Linus Ullmark, who has missed the last seven games with a lower-body injury, “is not in the picture at this point.”

Rookie goalie Ukko-Pekka Luukkonen will make his second NHL start tonight and be backed up by veteran Dustin Tokarski, who has played 12 games in the last five weeks.

The Sabres have seven games left this season.

Hutton, 35, hasn’t played since suffering his injury March 22 against the Rangers. He had been skating on his own.

“I won’t have a definite response on that until we get back,” he said.