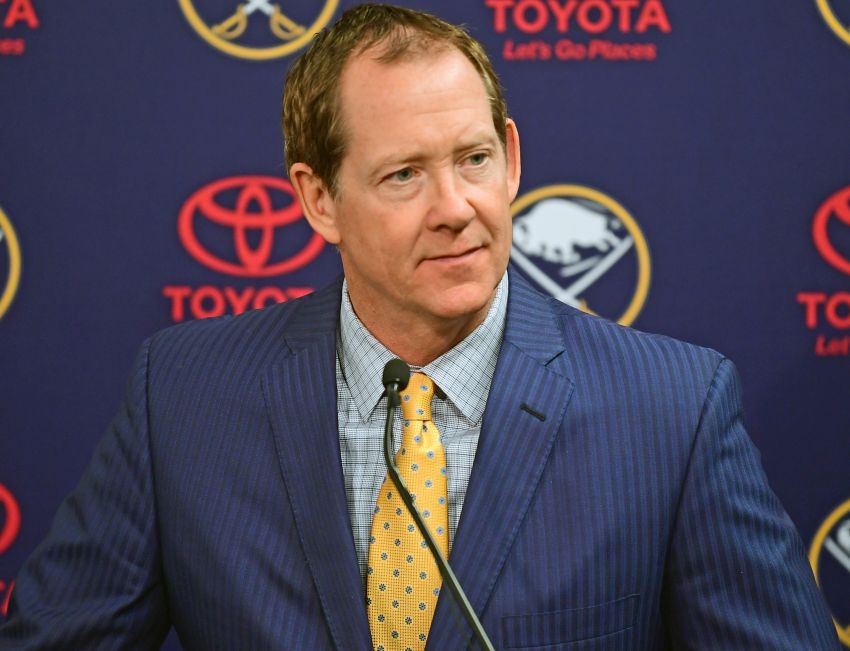 BUFFALO – In addition to her regular duties raising two boys and a girl in the 1970s and early 80s, MaryLee Housley helped her son Phil’s burgeoning hockey career with two extra jobs: chauffeur and cheerleader.

Phil Housley’s father, LeRoy, a plasterer, worked extra hours so Phil and his brother, Larry, could play hockey growing up in Minnesota. So MaryLee drove Phil to the rink and cheered him on like a proud mother.

“I still can remember her ringing that cowbell back in the day and just showing her support,” Phil Housley said this afternoon. “She loved to come to the games and she was a great person to lean on.”

Tonight, Hockey Fights Cancer Night at KeyBank Center, is personal for Housley, a Hall of Fame defenseman who now coaches the Sabres.

MaryLee Housley died of Glioblastoma, a type of brain cancer, at 59 years old in 2000.

“She died at a young age, so it’s really important to recognize this cause,” Housley said.

The Sabres will wear special purple warm-up jerseys tonight and fans will receive purple Hockey Fights Cancer-themed scarves before the tilt against the Carolina Hurricanes. There will also be other events throughout the night.

“It’s a terrible disease,” said Sabres defenseman Marco Scandella, whose father, Francesco, died of cancer in 2015. “That’s why it’s great to have this month and try to find a cure and do everything we can.”

Scandella said he thinks about his father every day.

“He taught me everything I know,” he said. “He was just a great example for me on how to be a man, so I just take that with me and I play with that every game and try to make him proud.”

“I think everybody in this world knows somebody who’s been affected, unfortunately, by (cancer),” Johnson said.