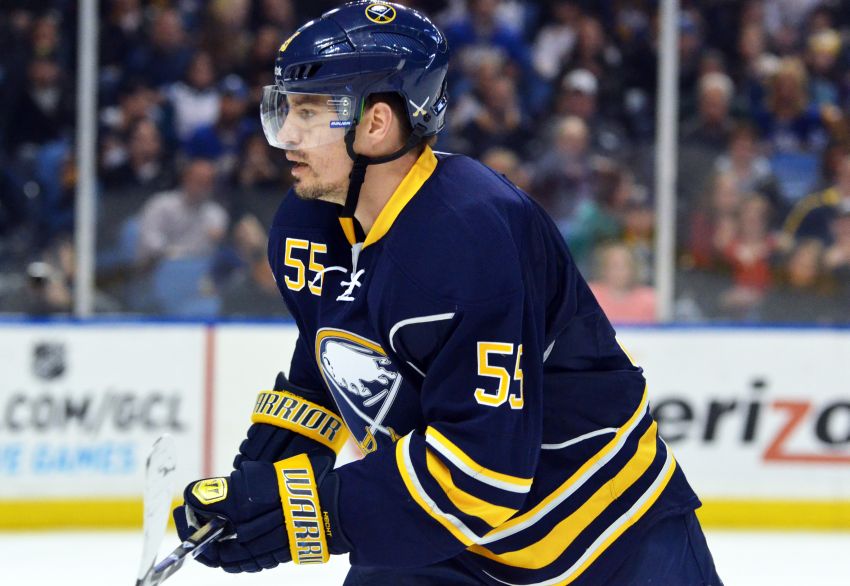 BUFFALO – No angle is too awkward for Sabres forward Jochen Hecht. The veteran’s penchant for shooting the puck – or, perhaps more appropriately, sweeping it – from any spot deep in the offensive zone is legendary.

The 35-year-old scored a nifty goal in Friday’s 4-2 win over Ottawa, backhanding the puck quickly in the left circle with a defender draped on him. Other players surely would’ve passed that shot up.

Still, that wasn’t a true Jochen shot. Those take place behind the net, parallel to the goal line or even near the corner.

Hecht believes if you can get the puck on net, something good could materialize.

Where did Hecht develop his shoot-from-anywhere mentality?

“I played with Pierre Turgeon in St. Louis my first couple years,” Hecht said this morning after preparing for tonight’s tilt against the New Jersey Devils inside the First Niagara Center. “He was one of those guys, he was halfway behind the net, he’d bank it off the guy’s pads and in. A lot of goalies try to cheat for the pass and they lean off the post, leaves a hole for a shot. I try to catch them off guard.”

Fans may remember Turgeon, the No. 1 overall pick in 1987 by the Sabres, was nicknamed “Sneaky Pete” because he loved shooting the puck from behind net and other odd angles.

“He was real good behind the net,” Hecht said. “When he didn’t pass, I’ve seen him a bunch of times just bang it off the goalie’s pad or glove somehow and put it in.”

Coaches have never told Hecht, who scores from odd angles maybe a couple times a year, to stop shooting.

“As long as they go in,” Hecht said, “there’s no reason to complain.”