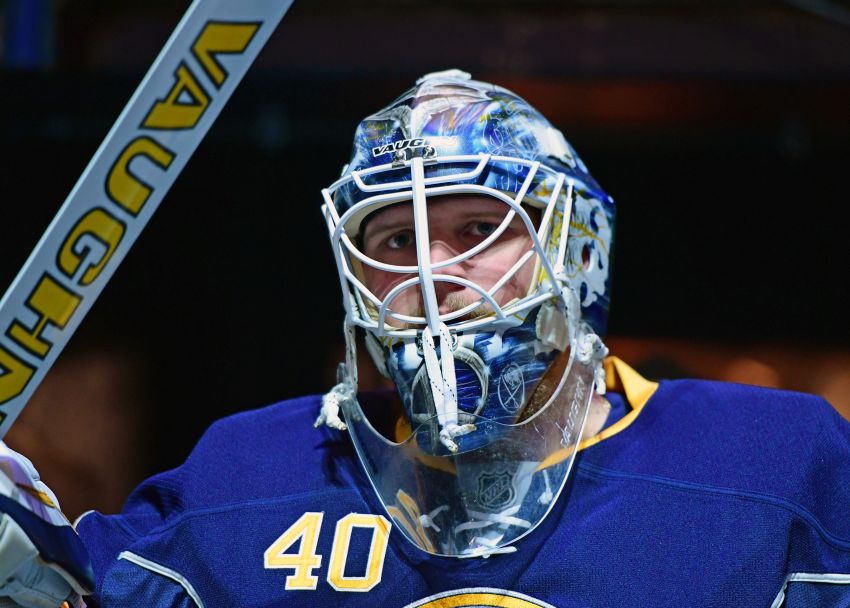 BUFFALO – Robin Lehner’s view from the crease has offered the goalie a unique perspective into the highs and lows the Sabres have endured throughout a wildly inconsistent season that has two games left.

To Lehner, who often talks passionately about the Sabres’ struggles, the most disappointing part is “seeing us playing so well in certain stretches, certain periods, certain small (parts) of the games.”

“We could totally dominate the top the teams in this league,” Lehner said Friday inside HarborCenter. “They can’t even touch the puck.”

With 78 points, they must win both weekend games to surpass last season’s point total of 81.

“It’s a tough one, because it’s kind of the same result as last year,” Lehner said.

Then, in the same breath, Lehner said the Sabres have made positive strides.

“People that don’t see improvement in certain areas, they don’t know much about hockey,” he said.

But the Sabres are clearly a flawed team. One of their biggest problems has been a lack of accountability. Ryan O’Reilly mentioned it during a blunt chat with the media Wednesday.

Lehner agrees with Buffalo’s top center. He said he learned as a rookie performance must dictate playing time.

“If I wanted to play again, I needed to win and be outstanding,” he said. “I got another game. We got to get back to accountability of performing on the ice. It’s not enough of doing just certain things. It’s got to be full team things for everyone involved.”

“We all have our assignments and jobs and we got to buy into it, and that’s the end of the story,” he said. “I think it was everyone this year not really seeing their roles. We got to buy into those roles.

Lehner believes opponents haven’t taken points away from the Sabres.

“We’ve taken them away from ourselves,” he said. “That’s what’s frustrating about this season is we could hang in there, we were up 3-2, 2-0 against the best teams in the league and we just found a way to just lose that or we’ve given up leads and clawed back and won, too.

For all of the Sabres’ struggles, they hung around the playoff race for months, moving to within two points of a spot before their by week in late February.

“You started to get a good feeling about our team playing into the five-day break (winning) four of six,” Sabres coach Dan Bylsma said.

But road losses to Colorado and Arizona, the NHL’s two worst teams, effectively killed any playoff hopes coming out of the break.

“It can’t go unnoticed that every chance, every turn we had to play a big game, move up in the standings, slide into the playoff picture … we weren’t up to the challenge and fell short in those games,” Bylsma said.