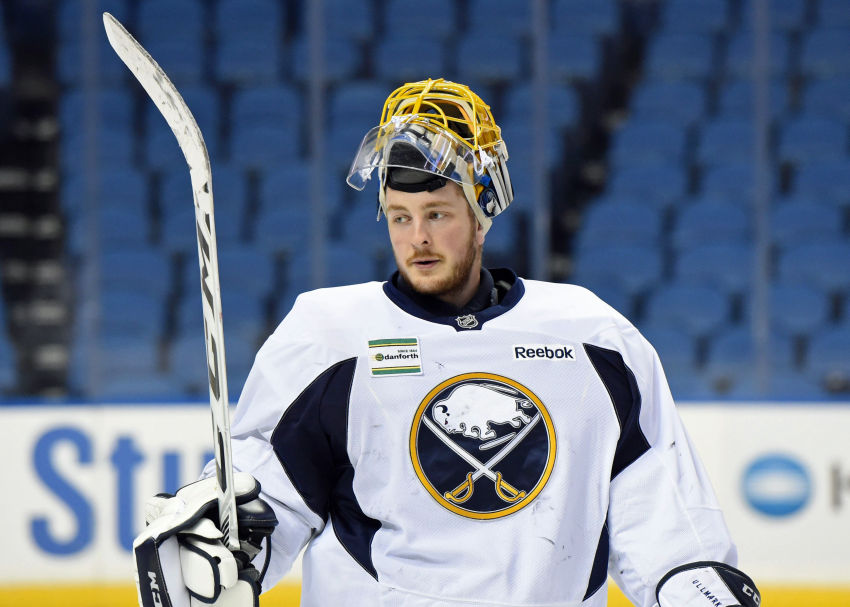 Ullmark dazzled in the AHL, making 38 saves in his debut and 43 on Wednesday. Incredibly, just three games into his North American career, he’s already in the NHL.

The Sabres recalled the 2012 sixth-round pick this morning and sent backup Nathan Lieuwen, who hasn’t played in two weeks, back to the Amerks.

Goalie Chad Johnson will start tonight’s tilt against the 7-0 Montreal Canadiens inside the First Niagara. But the Sabres also host the New Jersey Devils on Saturday. Could Ullmark start then?

“How far away is that?” Sabres coach Dan Bylsma asked this morning.

Obviously, Bylsma wouldn’t answer the question. But sooner or later, Johnson, who has played every game this season, will have to rest. The Sabres might want to use Ullmark, arguably their top goalie prospect.

Of course, this could also be a short recall to get Lieuwen some game action and Ullmark a taste of the NHL.

Ullmark said he received the news Thursday when he was out eating. He couldn’t tell his family members because they were at home in Sweden sleeping.

Check back later for more on Ullmark, who went 1-2 with a 2.72 goals-against average and a .932 save percentage in Rochester.

In other news, expect to see Bylsma use some new lines tonight. He used these this morning: