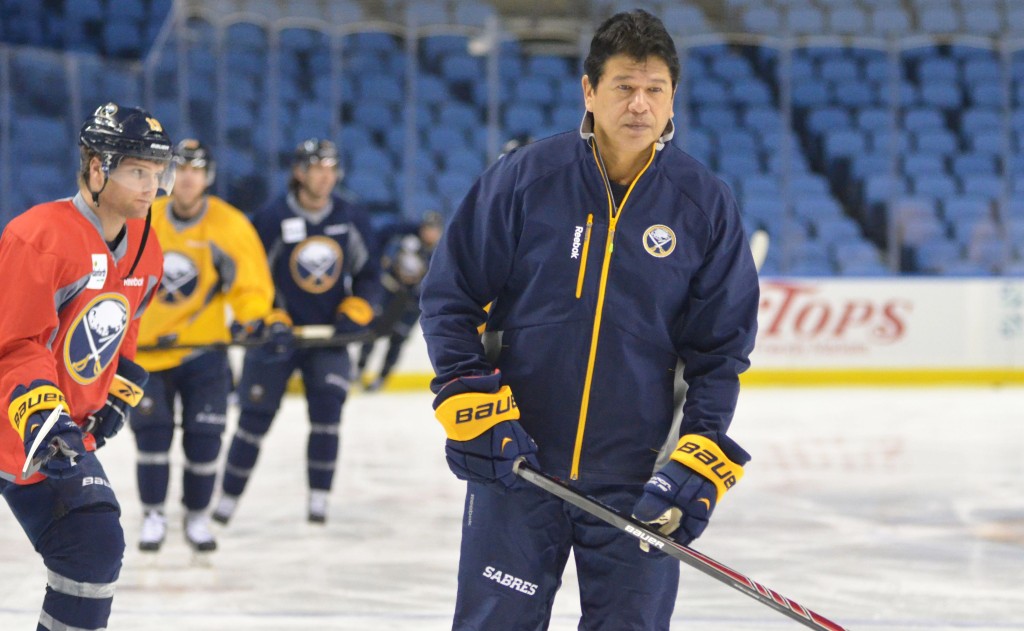 “They’re good at what they do and together they’ll be better,” the president of hockey operations said Thursday after naming Tim Murray the Sabres’ new general manager.

Murray’s now together with Ted Nolan, the interim coach LaFontaine named in November.

“Ted is my guy right now,” Murray said inside the First Niagara Center prior to the Sabres’ 2-1 shootout loss to the Florida Panthers.

“I’ve seen him in arenas watching games, whether he was watching his kid or scouting for Sault Ste. Marie,” Murray said. “I’ve known him for a long time on a casual basis. He’s the coach of this team. I got the job (Wednesday) night. I’m going to come in here and try to establish a relationship with Ted, his coaching staff, get to know them.

While Murray “would have a huge say in what happens and how he likes the coach,” LaFontaine, as his boss, will have a big say.

Nolan wants to build a relationship with Murray.

“I think once Tim sees the type of guy I am, hopefully he likes it and we continue,” he said.

Nolan said he hadn’t been paying attention to the GM search.

“My main focus is really trying to learn this team,” he said.