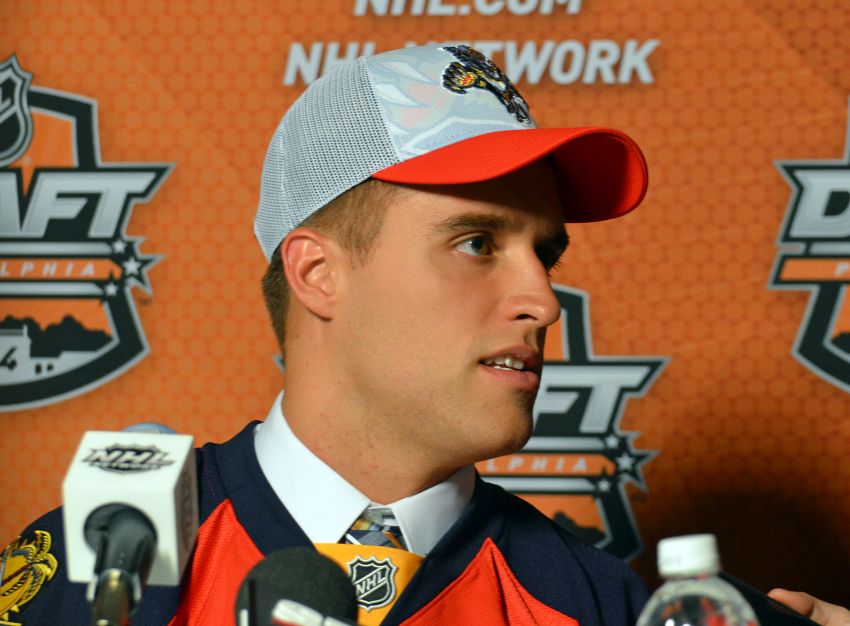 PHILADELPHIA – The Buffalo Sabres’ chances of winning the Connor McDavid sweepstakes could be taking a small hit.

Murray said the odds of the league’s worst team getting the No. 1 pick will drop from 25 percent to about 19 or 20 percent. The tradeoff? The 30th team can’t fall past the No. 2 spot.

The Sabres, despite a league-low 52 points last season, couldn’t secure the top selection this year. Instead, the Florida Panthers, who had 14 more points, got the No. 1 pick. They selected defenseman Aaron Ekblad on Friday inside the Wells Fargo Center. The Sabres grabbed Sam Reinhart at No. 2.

Understandably, Murray, who begrudgingly expects the Sabres to be in contention for that top pick again 2014-15, doesn’t want an immediate change.

“I don’t think it was changed for us,” said Murray, who replaced Darcy Regier in January.

Murray suggested the new wrinkle be implemented in three or five years. By changing it for 2015, you know which team you’re affecting.

The NHL Board of Governors discussed the alterations Thursday.

McDavid, a center with the Ontario Hockey League’s Erie Otters, and Jack Eichel, a center set to attend Boston University, are expected to be the top two picks next year. Any changes must be approved by the league and the NHL Players’ Association.

The upper limit of the NHL’s salary cap will be $69 million next season, according to capgeek.com. Original estimates had it around $70 or $71 million.

That means the Sabres, a team with only $34,419,166 committed to players for next season, could have more clubs asking them to take on salary. The cap floor is $51 million.

Murray has said the Sabres will take salary back in a trade.

Murray said he’s trying to trade for a couple of veterans who would bring skill and help the culture. He also said he’s spoken to the agents representing former Sabres wingers Matt Moulson and Steve Ott. Free agency opens Tuesday. Teams can now talk to players.

Both veterans, especially Ott, said they enjoyed their time in Buffalo. The Sabres dealt both before the trade deadline.

NHL commissioner Gary Bettman was booed relentlessly upon walking up to the podium to start the draft. As Bettman kept talking, the booing went on and on.

“Isn’t this supposed to be the City of Brotherly Love?” Bettman joked.

When he was booed later, Bettman said, “I thought we had this straightened out.”