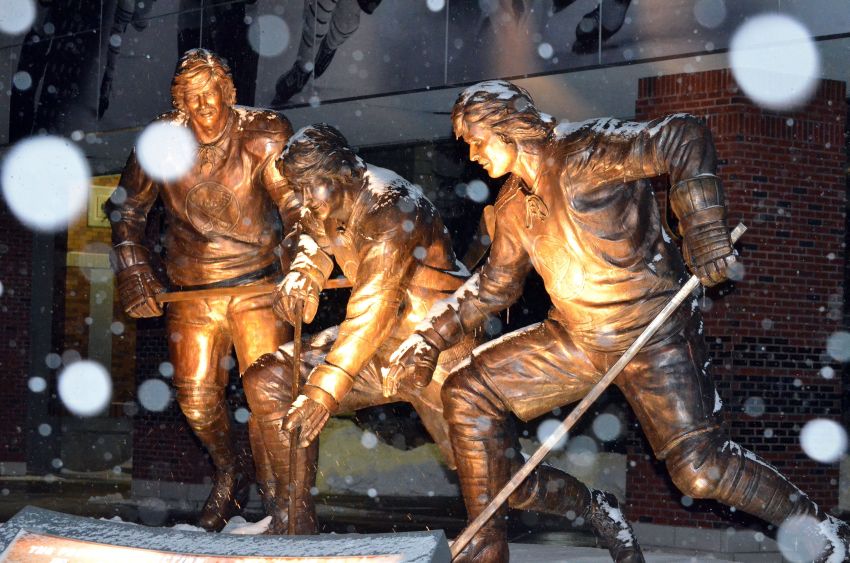 Snow has been falling around Buffalo for days. ©2014, Dan Hickling, Olean Times Herald

BUFFALO – With Winter Storm Knife still decimating much of the area surrounding Buffalo, the NHL announced this afternoon it has postponed Friday’s Sabres-New York Rangers game at the First Niagara Center.

The NHL used the phrase “continuing weather-related difficulties” in the press release.

After taking Wednesday off, the Sabres practiced again today. They operated like the game would be played as scheduled.

Update: According to Sabres spokesman Mike Gilbert, a decision on the game had to be made because the Rangers were in New York and had to leave.

The NHL, after talking to the teams, made the final decision about 2:30 p.m. or so.

How is Friday different than Tuesday, when the Sabres played the San Jose Sharks? The storm was just starting then, Gilbert said. Also, the Sharks were already in town and don’t come back east until March.

Sabres winger Tyler Ennis hadn’t been told the game was postponed until a couple of reporters informed him as he was leaving the First Niagara Center.

“It’s probably the safest thing,” he said. “You don’t want people coming out there in danger.”

Has Ennis, an Edmonton native, ever seen it snow so much?

“Never in my life,” he said. “It’s crazy, and last night I was watching the snow come down. The thunder and lightning was pretty crazy, too. It seemed like it was right over top of us. (I’ve) never seen lightning and a flurry at the same time.”

Before the announcement was made, Sabres coach Ted Nolan said it has been difficult to think about hockey “when all your surroundings are in dire straits like they are right now.”