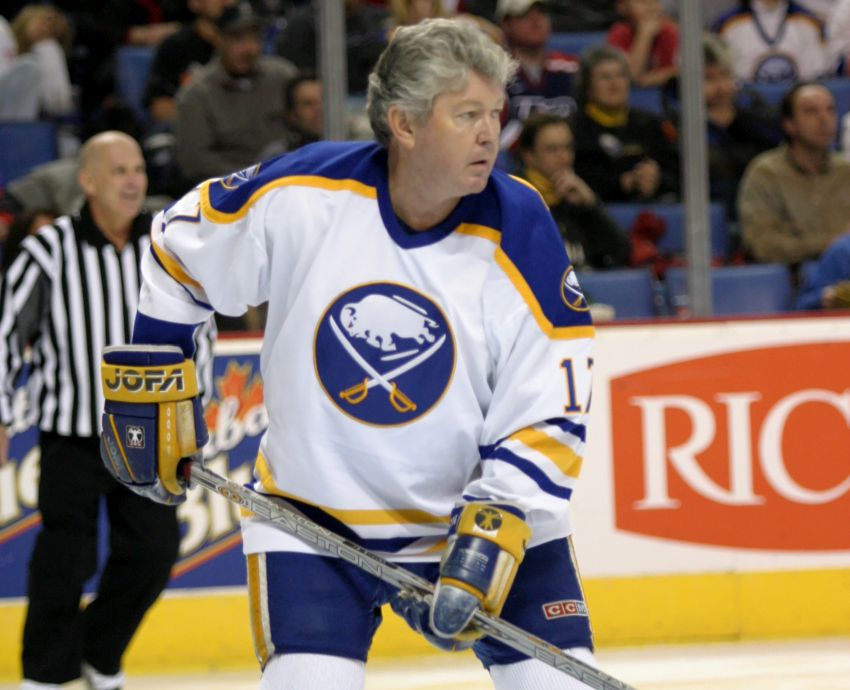 When Fred Stanfield joined the Buffalo Sabres midway through the 1974-75 season, Rick Dudley figured the accomplished veteran and two-time Stanley Cup winner with the Boston Bruins deserved to have the No. 17 he had worn throughout most of his NHL career.

So Dudley, who was in his third season, offered Stanfield the number. He graciously accepted and never forgot about the special gesture.

“He was so appreciative that I would give him that number,” Dudley of Stanfield, who passed away Monday at the age of 77. “It didn’t seem that big a thing to me, but it certainly did to him. And he remembered it. Every time I saw him he’d mention it … right up until the last time I saw him.”

Dudley, who switched to No. 9, said when he ran into Stanfield three or four years ago at a golf tournament, he brought up the number again.

“It just tells you a lot about him,” Dudley told the Times Herald. “He appreciated things, and a little gesture like that he thought was a big deal, and I thought he was just a cool guy.”

The Sabres and Bruins both announced Stanfield’s passing. While no cause of death was given, The Buffalo News reported he suffered heart failure.

Stanfield made an immediate impact in Buffalo, contributing 12 goals and 33 points in 32 games after the Sabres acquired him in a trade with the Minnesota North Stars on Jan. 27, 1975. Having already won the Cup in 1970 and 1972, Stanfield’s arrival offered a Sabres team bound for its first Cup final a strong veteran presence. They only dealt Norm Gratton and future considerations to acquire the forward.

Following his retirement in 1979, Stanfield settled in Buffalo. He briefly coached the junior Niagara Falls Flyers and opened an office furniture store in Amherst. He was also a fixture at Sabres Alumni events.

“The Buffalo Sabres mourn the loss of alumnus Fred Stanfield,” the Sabres said in a statement. “A two-time Stanley Cup champion before he donned blue and gold, Fred joined the Sabres during the 1974-75 season and instantly became a key producer and respected veteran on one of the great teams in franchise history. We are honored that he chose to make Western New York his home for more than four decades after his retirement. We extend our sympathies to Fred’s family and friends during this difficult time.”

Stanfield compiled 211 goals, 616 points and only 136 penalty minutes in 914 NHL games over 14 seasons. He scored at least 20 goals all six seasons he played for the Bruins and also recorded three-consecutive 70-point campaigns.

“For a guy who had had a significant impact on the game, he had a humility,” Dudley said. “It’s nice to see that in any athlete that’s accomplished a lot. … I just found him to be an everyday guy, a humble guy, a great guy and a wonderful hockey player.”

He added: “Very smart two-way player. Great playmaker. I don’t know that he enjoyed scoring a goal as much as he did setting somebody up. … He was a complete player.”

Stanfield began his career with the Chicago Blackhawks before he was dealt to Boston on May 15, 1967 in one of the most lopsided trades in NHL history. In addition to Stanfield, the Bruins received Phil Esposito and Ken Hodge, who would become 50-goal scorers, in exchange for Gilles Marotte, Pit Martin and Jack Norris.

Stanfield is the second member of the Sabres’ first Cup finalist team to pass away this summer. Rene Robert, a winger on the famed “French Connection” line, died June 22.