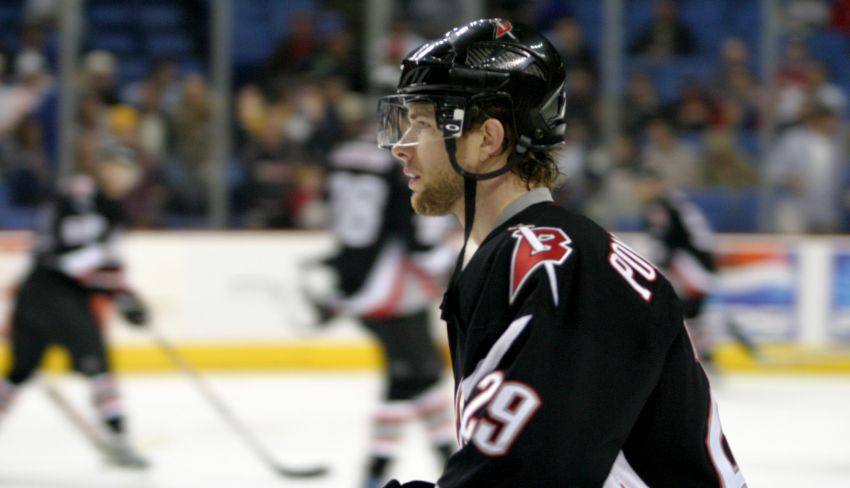 Jason Pominville’s overtime winner against Ottawa in 2006 remains one of the most memorable goals in Sabres history. ©2020, Janet Schultz

Four more “Sabres Classics” – this time Buffalo’s memorable second-round playoff victories over the hated Ottawa Senators in 2006 – will be rebroadcast on MSG next week.

The Sabres, the NHL’s biggest surprise coming out of the lockout, stunned the Senators in that Eastern Conference semifinal, downing their fierce rival in just five games.

In one of the wildest games in franchise history, the lead changed six times before Chris Drury’s overtime goal secured the victory in the series opener on May 5, 2006. Tim Connolly scored the tying goal with 11 seconds left in regulation.

After the Senators won Game 4, Pominville’s short-handed overtime goal clinched a 3-2 victory and a five-game series win on May 13, 2006. Pominville’s goal remains one of the biggest in Sabres history.

Instead of replaying a game on April 17, MSG will air an hour of the “Beyond Blue and Gold” series.