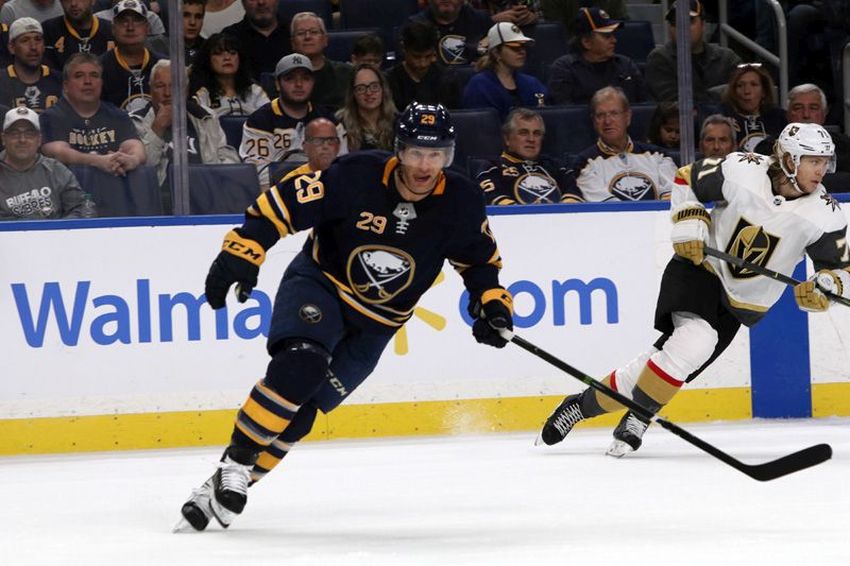 BUFFALO – The odds of winger Jason Pominville starting training camp with the Sabres later this week appear to be slim.

While general manager Jason Botterill said bringing back Pominville, 36, hasn’t been ruled out, right now, the Sabres have plenty of depth up front.

“We’re excited about where we are from a depth standpoint and the competitions we’re going to have,” Botterill said this afternoon inside Harborcenter following the end of the Prospects Challenge. “We want to make sure we give our young players enough of an opportunity.”

Pominville recently returned from his summer home in Montreal and has been skating with other Sabres and using the team’s facilities.

Perhaps the Sabres would consider re-signing Pominville if they suffer an injury in camp. The first on-ice sessions are Friday.

Pominville, whose contract expired following last season, said late last month he understands his 14-year NHL career could be over.

One rumored landing spot for Pominville appears to be out. According to TVA’s Renaud Lavoie, Pominville’s hometown Montreal Canadiens won’t bring him to training camp on a professional tryout.

The popular Pominville has compiled 293 goals and 727 points in 1,060 NHL games. He returned to Buffalo in 2017 after spending almost five seasons with the Minnesota Wild.