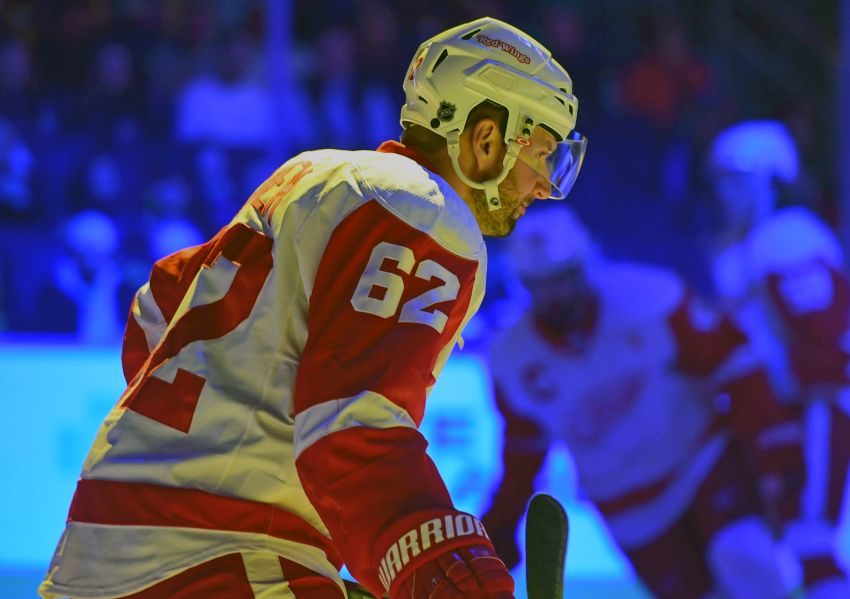 The Panthers acquired Vanek, 33, as a rental from the Detroit Red Wings prior to the trade deadline, making Florida the latest stop in what has become a crazy four seasons.

After nine seasons here, the Austrian has morphed into the NHL’s most well-traveled star, also playing for the New York Islanders, Montreal Canadiens and Minnesota Wild.

Vanek, who was bought out by Minnesota last year, said he knew the struggling Red Wings would deal his expiring one-year contract.

Moving around, of course, is difficult. But Vanek said seeing so many different organizations operate has helped prepare him for his post-playing career.

“Someday down the road it’s going to help me in my next opportunity after hockey knowing how different franchises work and operate,” Vanek said this afternoon inside KeyBank Center. “That part of it has been a good experience.”

Vanek would like to stay in hockey after he retires – “Not coaching, it’s too much video nowadays,” he joked – and join a front office.

The 12-year veteran, who has 332 goals and 695 points, believes he possesses a unique perspective on the game.

“I read the game differently, I see it a bit differently,” he said. “I don’t know if that’s good or bad.”

But Vanek wants to keep playing.

Vanek’s short run with the Panthers hasn’t gone well. They’ve fallen out of the playoff race with him, going 4-7-1. He has one goal and eight points.

“I’m surprised, actually, how great of a setup it is in Florida, to be honest with you,” he said. “You hear about how nice it is to live there away from the rink. Everything at the rink and how the players get treated, it’s really been an eye-opener, how it great it is there.”

It was also an early eye-opener getting to play with the legendary Jaromir Jagr. The Czech was Vanek’s favorite player growing up.

“I’m not the youngest anymore and he was my idol growing up,” Vanek said. “I had posters of him. We all know what kind of legend he is. To get a chance to play with him, get to meet him, get to know him is special for me.”

“The other day in Pittsburgh we played and Jagr had 1,700 (games) and you’re like, ‘Mmm, different level,’” a smiling Vanek said.

Sabres captain Brian Gionta has a long way to go to catch Jagr, but tonight will be the diminutive winger’s 1,000th NHL game. Vanek played with Gionta in Montreal and called him “the ultimate pro.”

“He’s a great player, but he’s an even better person,” Vanek said. “I think that’s what stands out to me when I talk about Brian Gionta. He’s a great teammate, he’s a great person, a great family man.”