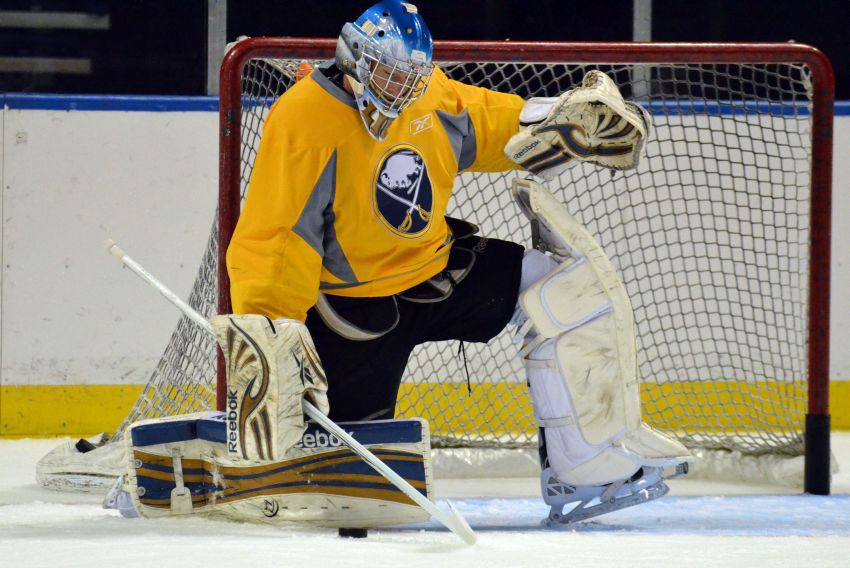 BUFFALO – Former Sabres star Thomas Vanek couldn’t quite explain what he felt walking into the First Niagara Center for the first time as an opponent this afternoon.

“It was actually a different feeling, for sure,” said Vanek, now a member of the Montreal Canadiens. “It’s just I can’t explain it. I felt pretty good all day. As soon as I walked in here I started to get a little of the jitter.”

Vanek, an unrestricted free agent following the season, hasn’t played here since the Sabres dished him to the New York Islanders on Oct. 27.

The Austrian has experienced a whirlwind four months.

“Crazy, but a great experience,” Vanek said. “Even with the Islanders it was fun. I got to play with (John) Tavares and (Kyle) Okposo. I thought, as a line, we were one of the most dangerous lines. It was different, exciting, weird all at the same time.

“Now being in Montreal, it takes it to a different level. I’ve been seeing four, five, six of you (media) guys. Now it’s 50. It’s a little different. I’m enjoying it.”

Goalie Jhonas Enroth will start tonight. Nolan’s not sure if Lieuwen will accompany the team on their upcoming road.

What does Nolan know about the 6-foot-5 Lieuwen?

“He’s a good size goaltender, and you know goaltenders, they mature a later point in their career,” he said. “It looks like he’s having a good year down there.”