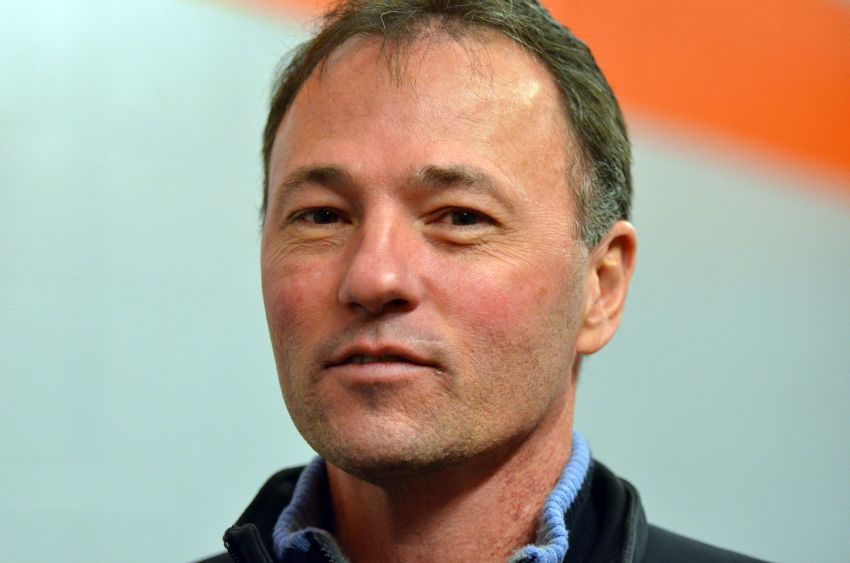 AMHERST – John Tucker quickly found new adventures after his playing career ended in 2000. The popular former Buffalo Sabres center won two championships coaching in Italy. He still co-owns a training rink in Tampa, where he had settled with his family.

But all the while, Tucker, who played with the Sabres from 1983-91, knew his life would bring him back to Buffalo.

“Everyone seems to circle back to stuff they love,” Tucker said Sunday inside the Northtown Center, “and that’s how I’m back here.”

The Buffalo Jr. Sabres, an under-20 Junior A team in the Ontario Junior Hockey League, named the 49-year-old Tucker coach earlier this month.

“I love coaching. I love teaching. I like to teach the kids,” Tucker said following a session of the team’s “fresh faces” camp. “It’s great to be able to do that, and people talk about giving back, but it’s real nice to be able to still enjoy the game. …

“At this level, it’s going to be fun to see kids improve dramatically and then get a chance to go off to school.”

Tucker returned about a year ago so his 14-year-old son, Jack, could face better competition on the ice. His wife, Lynn, a Williamsville native, stayed up north as he commuted between Buffalo and Tampa.

“We always knew it was in our mind, if he wanted to play hockey, we were going to have to come back,” Tucker said.

An opportunity materialized right away.

“We started talking about some opportunities, how I can get involved in minor hockey up this way,” Tucker said. “One thing led to another and this thing opened up here.”

The Jr. Sabres will play in the Harbor Center next season, the new rink connected to the First Niagara Center scheduled to open later this year.

“It’s exciting,” Tucker said. “The whole thing, these kids are going to be aspiring to go to colleges, they’re going to be dressing beside Canisius, 300 feet from NHL dressing rooms. So what these kids in this program are going to be offered is something pretty special I don’t think any junior teams can offer.”

Buffalo is close to Tucker’s heart. He played 345 games with the Sabres after they drafted him 31st overall in 1983. He enjoyed probably the greatest individual two-day stretch in franchise history during the 1988 Adams Division semifinal against the Boston Bruins.

Tucker scored four goals, including the third on a penalty shot, in a Game 3 win. Incredibly, the next night, he scored the overtime winner, part of a two-goal, five-point performance as Buffalo evened the series.

“I guess that’s what I’m known for in a Sabres jersey,” Tucker said about the dynamic weekend.

He also played for the Washington Capitals, New York Islanders and was one of the Tampa Bay Lightning’s original members before finishing his career in Italy and Japan.

“It was nice in Tampa to be part of an original franchise that first year in Tampa when we were all new guys, all kind of castoffs from teams that no one wanted,” Tucker said.

While living in Tampa is nice, Buffalo has qualities he can’t find there.

“No one’s from there,” Tucker said. “Here, people are Buffalo people. They grew up here and they’re proud. … This has a real tradition, and it’s great to be back.”