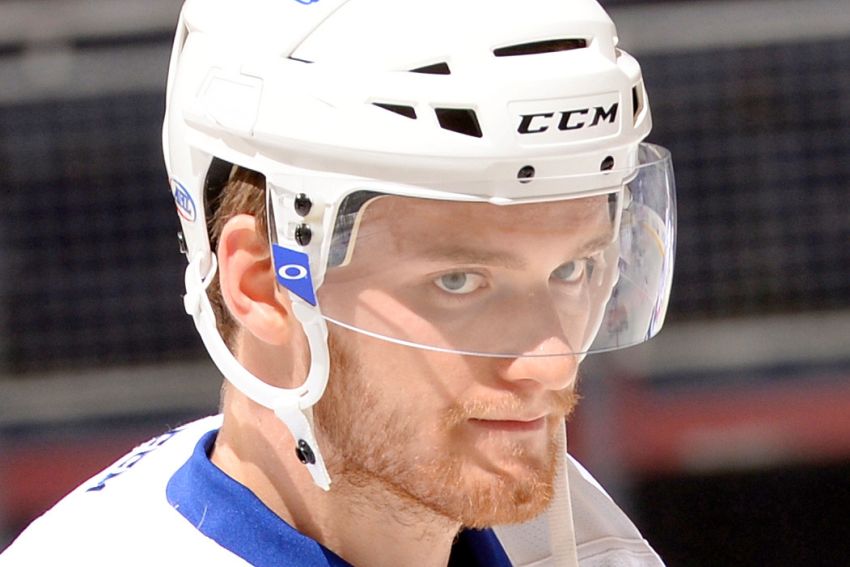 Following three seasons in the KHL starring for CSKA Moscow, Grigorenko today signed a one-year contract worth $1.2 million, according to Sportsnet’s Chris Johnston.

The 25-year-old Russian last played in the NHL with the Colorado Avalanche in 2016-17.

Grigorenko, the 12th overall pick in 2012, endured a rough three-year stint in the Sabres organization. The center played for three coaches in his first two seasons and yo-yoed between the Sabres and junior.

The NHL reject the contract between the @BlueJacketsNHL and Mikhail Grigorenko because it violate section 50.8(d) of the CBA. pic.twitter.com/cOod0Vb5e6

Update: The Blue Jackets announced tonight they misunderstood the filing window and the contract will be filed with the NHL when free agency opens.

When the Sabres assigned him to the Quebec Remparts midway through 2013-14, he initially refused to report to the QMJHL team.

Grigorenko split 2014-15 between the Sabres and Rochester, scoring 14 goals and 36 points in 43 games for the Americans.

By then it was clear Grigorenko’s days in the organization were numbered. Having been drafted by his predecessor, Darcy Regier, general manager Tim Murray had no attachment to him.

Grigorenko, whose “compete level” was often questioned, compiled six goals and 14 points in 68 games with the Sabres.

Murray dished Grigorenko to the Colorado Avalanche on June 26, 2015 in the blockbuster trade that netted the Sabres center Ryan O’Reilly.

The deal reunited Grigorenko with Patrick Roy, his junior coach in Quebec. Still, he mustered only six goals and 27 points in 74 games in one NHL season under Roy.

It’s hardly surprising Grigorenko is back in North America. In 2012, shortly after the Sabres drafted him, he explained the NHL was always his dream.

“It wasn’t any competition,” Grigorenko said of the NHL and KHL. “Before the draft (the KHL) just wanted me to know they’re interested in me, and they asked me what I feel, like what I want to do. … I said, ‘I’m sorry, I want to be an NHL player.’”