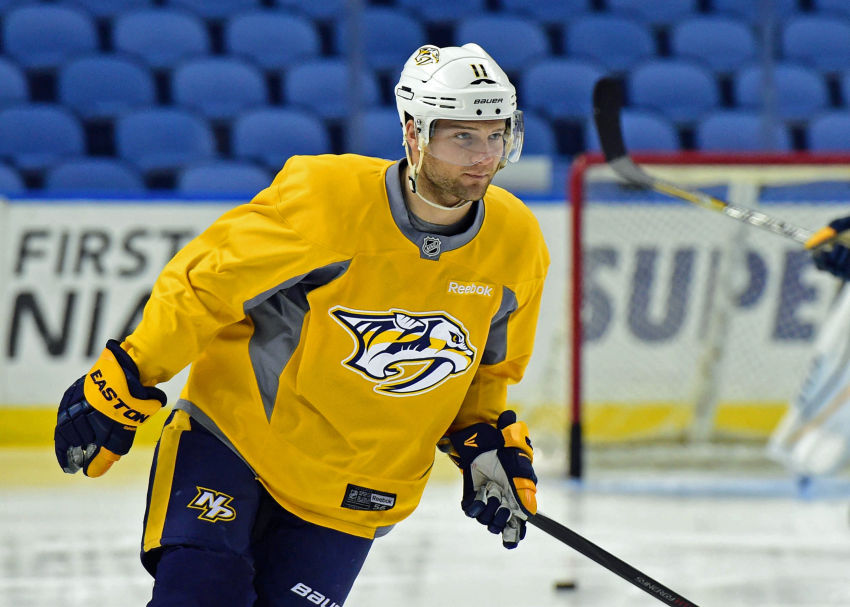 BUFFALO – When the Nashville Predators’ dressing room opened this afternoon, some reporters walked over to former Sabres enigma Cody Hodgson, exchanged pleasantries and started talking to the 25-year-old.

Hodgson, who signed a one-year, $1.05 million contract with the Predators, has one goal and four points in 20 games this season. He scored his only goal in the 12th game.