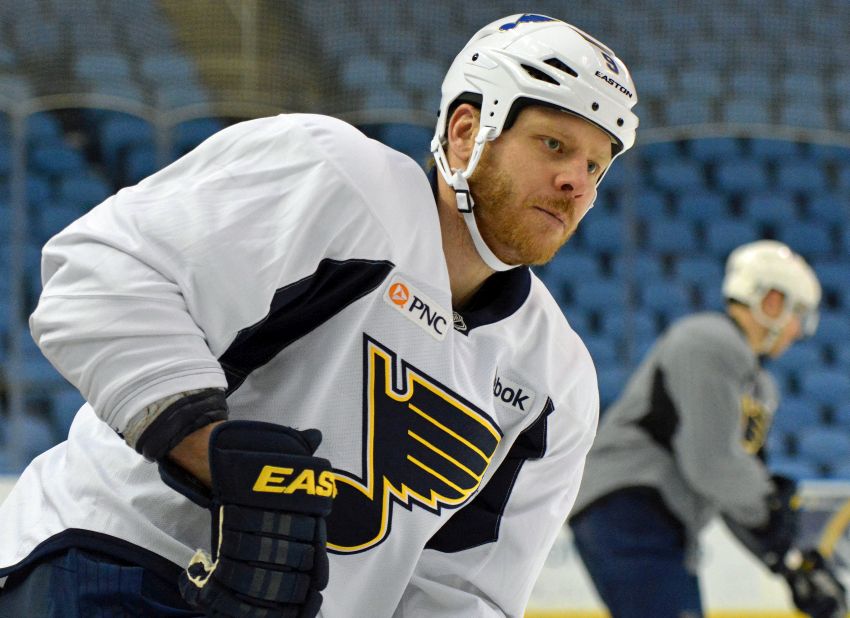 “He doesn’t really know, but I still owe him one for raising the roof when we got in a fight here,” Ott joked today after his St. Louis Blues prepared for tonight’s game. “I’ll be playing him a little harder than the others. But Patty’s one of my good buddies. Like them all out there, I would be doing an unjust service if I wasn’t playing extremely hard against those guys.”

Tonight, Ott’s first appearance at the First Niagara Center since the Sabres traded him to the Blues on Feb. 28, will be a special homecoming. Ott played only 107 games over two seasons here, yet Buffalo feels like home. His gritty, blue-collar style identified with the Sabres’ rabid fan base.

It feels like he spent years and years in Buffalo.

Many in the community still wear Ott’s No. 9 Sabres jersey.

Ott has fit in well with the Blues this season, playing a fourth-line role. The Blues are the NHL’s hottest team, having won six straight games and 11 of 12 (11-0-1). They haven’t lost in regulation since Jan. 2.

“We’re really good,” Ott said. “The reason why we’re really good is because the details in our games. … It feels like it’s 1-0-11 the way (coach Ken Hitchcock) keeps the details and pushing the pace on our team. That’s something we’re really not letting ourselves getting ahead of the big picture we see at the end.”

Check back later for more from Ott.