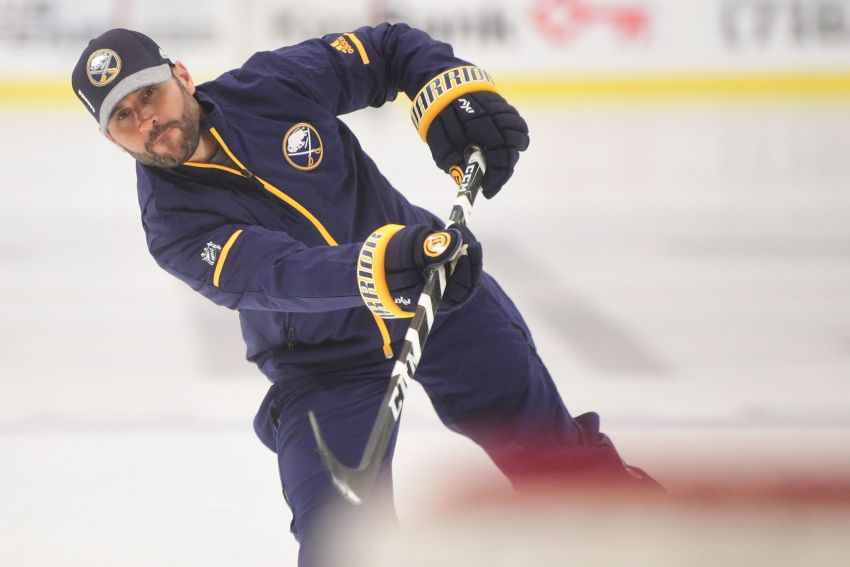 Brian Gionta helped out the Sabres during their development camp in June. ©2018, Hickling Images

Given he’s generously listed at 5-foot-7, Gionta, who retired today, beat long odds to even get drafted. He wound up playing 1,026 NHL games, winning the Stanley Cup, scoring 291 goals and captaining two franchises, including the Sabres.

Today, some of the NHL’s most dynamic players – take Johnny Gaudreau and Patrick Kane, for example – are among its smallest. St. Louis will be inducted into the Hall of Fame later this fall. Nearly every team has at least one diminutive player on its roster.

“You have a lot more guys that they’re open to, guys are drafted a lot higher now despite their size, and they’re given those looks,” Gionta said during a news conference inside KeyBank Center to announce his retirement. “So hopefully I’m a small part of that.”

The Greece native takes special pride in hearing his career inspires others.

Gionta will take job with the Sabres, possibly a part-time role helping out youngsters. He spent one day on the ice during the team’s development camp in late June.

Check back later for more on Gionta, who won the Stanley Cup with the New Jersey Devils in 2003 and also captained the storied Montreal Canadiens after debuting in 2001.

Last season, he captained Team USA’s Olympic entry before signing with the Boston Bruins. Following his 21-game stint in Boston, he said he knew he would retire.

“I never thought it would have lasted as long as it did,” he said. “But I’m super appreciative for the people along the way that supported me and gave me that chance. They weren’t as readily available, the chances for smaller guys back in the day when I was coming through, and so I appreciate the people who maybe stuck their neck out.”