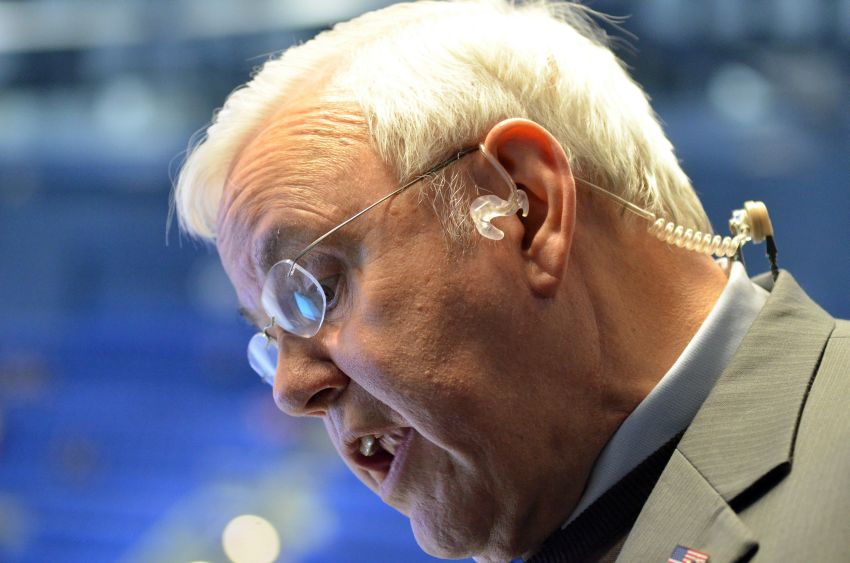 Sitting in his booth about two hours before faceoff, the affable Weber, a popular Buffalo sports voice in the 1980s and 1990s, recalled the scary day.

Weber woke up in his St. Paul hotel Feb. 6 feeling dehydrated. Considering the room was 85 degrees, 100 degrees warmer than outdoors, he didn’t think much of it. But later in the morning, before a scheduled broadcast meeting, Weber told the crew he felt tingling in his jaw.

Weber took an aspirin and went to the rink to see the Predators’ and Minnesota Wild’s training staffs.

“A half an hour I was on the operating table,” he said.

Weber had an angioplasty and three stents inserted in an artery.

“I was never in any pain, which in a way is kind of scary because I could’ve let things pass had it not been for (the tingling),” Weber said.

Weber was discharged the next day. If the NHL hadn’t been on its Olympic break, doctors told Weber he could’ve called games the next week.

With time off, Weber had more stents inserted in another artery in Nashville.

The outpouring of support, Weber said, has been amazing. One photo of Weber in his hospital bed holding a stuffed frog and an “It’s a girl” balloon – gifts from two beat writers – got a lot of play on Twitter.

Weber said a friend from California asked what he named her.

“Stewart doesn’t look good right now,” he said. “There’s only five weeks left in the year. I think his injury is four or five weeks. I’m quite sure we probably won’t see him the rest of the year.”

Nolan, meanwhile, said his new contract could be done before the end of the season.

Considering he’s an unrestricted free agent following the season and a proven defenseman, Henrik Tallinder “was a little bit surprised” the Sabres kept him past last week’s NHL trade deadline.

“For me, it was either or,” Tallinder said. “Yeah, I wanted to go play in the playoffs. That’s for sure.”

The day wasn’t easy for Tallinder.