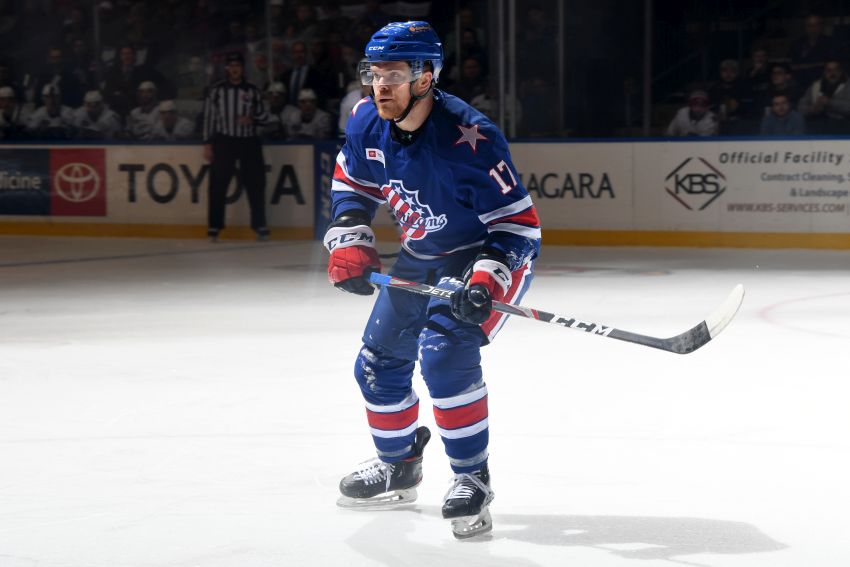 Kevyn Adams, Jason Botterill’s replacement, is the Sabres’ fourth GM since they drafted the West Seneca native in the sixth round in 2013.

“It’s hard to keep climbing up the ladder when you’re starting over new every year,” Malone told the Times Herald on Wednesday after the Nashville Predators announced his one-year, two-way contract for the 2020-21 season.

Malone’s agent, Matt Keator, said six or seven teams, including the Sabres, pursued his client as a free agent following a comeback season with the Rochester Americans.

Malone, 25, decided he needed a fresh start – “A new set of eyes on you is a good thing,” he said – to advance his career.

With Nashville, Malone, who played one game with the Sabres after his college career ended in 2017, sees an opportunity to return to the NHL.

“Just historically, I feel like they’ve been a pretty good franchise from top to bottom,” Malone said. “I think they pitched a pretty good opportunity, and it was just something I was looking for … a place that would give me the best chance of success in playing in the NHL again.

“They told me that they’ve had a lot of success signing players like me. Even though I’m 25, they view me as a player who could fill a potential role up there.”

Malone knows one of those players, forward Colin Blackwell, well, having played with him in college and in Rochester in 2017-18.

Blackwell parlayed the terrific season he enjoyed on an AHL contract into a two-year, two-way deal with the Predators. After starting out with the Milwaukee Admirals, their AHL affiliate, he has played 33 NHL games, including 27 this season.

“It seemed like he got a better chance to mix in with their better players in Milwaukee and earn a call-up,” Malone said of Blackwell.

Earlier in his career, Malone seemed on track to earn a recall from the Sabres. His versatility and scoring ability offered an intriguing option for their third or fourth line.

But fresh off a rookie season in which he solidified his prospect status, Malone hurt his knee in his preseason debut in 2018. Injures dogged him the entire year, and he endured a miserable campaign, playing only 38 games.

Instead of awarding him a qualifying offer as a restricted free agent following last season, he was given a one-year AHL contract to return to Rochester.

“It’s something that kind of fueled me, they chose not to qualify me,” Malone said of losing his NHL contract. “I just wanted to earn my way back, it’s just how I’ve been my whole life.”

Malone spent last summer developing a new mindset and calmer playing style. He also began the season healthy, which he said “was huge.”

“I was just feeling a lot better,” he said. “(The mental aspect) is a huge component. … I just felt like a completely different person this year.”

Malone morphed into one of former coach Chris Taylor’s trusted forwards, moving around the lineup and compiling 12 goals, 30 points and a plus-15 rating in 58 games with the Amerks.

“It’s just growing up as a player and learning from the guys around you,” Malone said. “Maybe I’m learning a little bit later, but I was really happy with the way things turned out this year and had a positive outlook all year.”

Before the Sabres decimated their hockey staff June 16 – Amerks GM Randy Sexton was also let go – it seemed like Malone would be a part of their future.

The dismissals, which came shortly after Sabres co-owner Kim Pegula told the Associated Press that Botterill would return, stunned Malone.

“I didn’t see that coming … and then I kind of didn’t see the Rochester staff getting fired, in all honesty,” he said. “I don’t think anyone did. Yeah, it’s wild.”

It’s wild Malone stayed in the Sabres organization through three GMs. Darcy Regier drafted him 159th overall. Tim Murray signed him following his standout career at Harvard. Botterill gave him a chance to develop in Rochester.

The Predators have employed one GM, David Poile, since they entered the NHL in 1998.