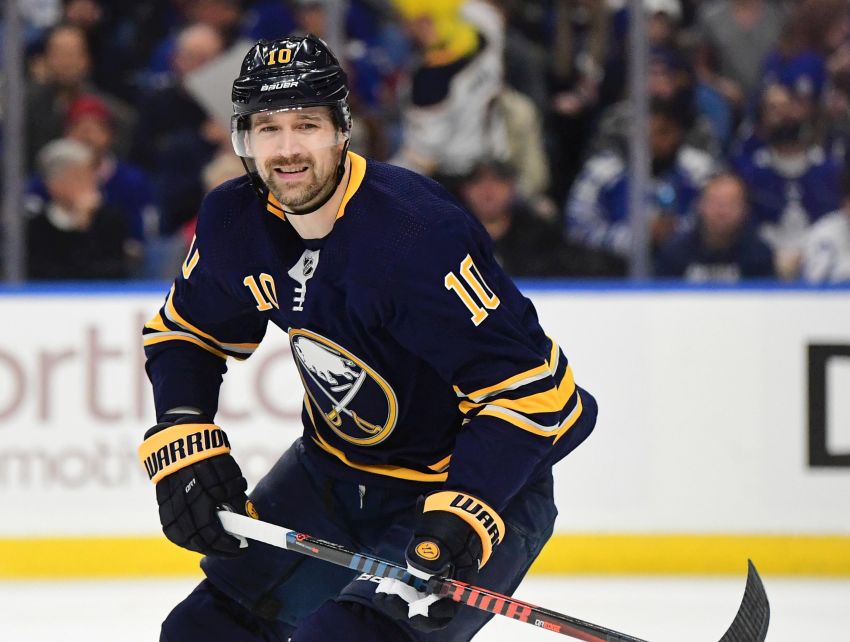 Patrik Berglund, whose contract was terminated by the Buffalo Sabres after he suddenly left the team in December, will play hockey again this upcoming season.

The forward has signed a one-year deal with Djurgårdens in Stockholm, the Swedish Hockey League team announced today.

Berglund’s decision to quit the Sabres stunned the hockey world.

The Swede lost $12,579,032 from the termination, according to capfriendly.com. The Sabres, meanwhile, were freed of his $3.85 million yearly salary cap hit.

The Sabres acquired Berglund, 31, in the blockbuster trade that sent center Ryan O’Reilly to the St. Louis Blues on July 1, 2018.

Berglund, who spent the first 10 years of his career in St. Louis, seemed to feel comfortable with his new team early on. But he quickly began sitting out games as a healthy scratch.

Then in December, after compiling two goals and four points in 23 games, Berglund left the Sabres.