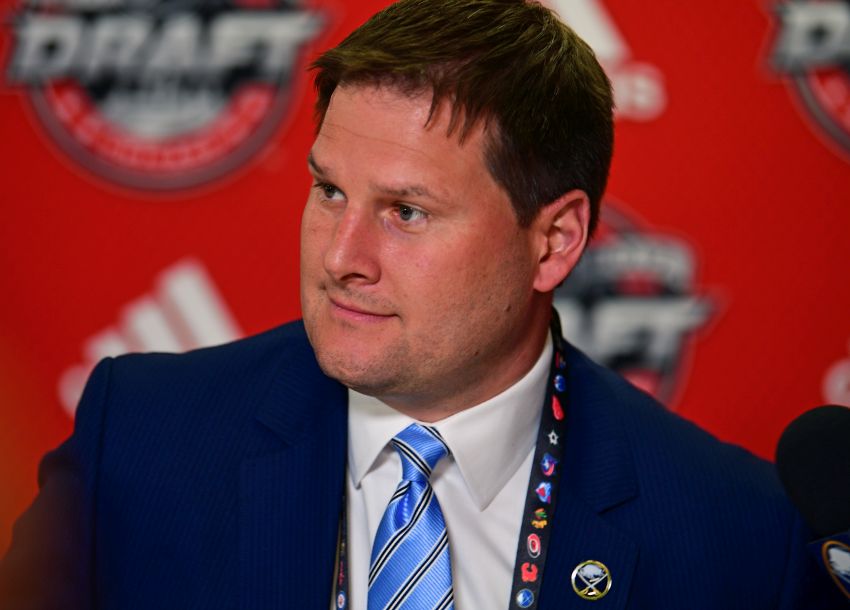 CHICAGO – The Sabres drafted Swedish center Marcus Davidsson in the second round, 37th overall, this morning.

The 6-foot, 192-pound Davidsson had five goals and nine points last season with Djurgårdens of the Swedish Hockey League. The 18-year-old also played with Djurgårdens’ under-20 team in 2016-17, scoring six goals and 10 points in nine outings.

“We had a great meeting at the combine,” Luukkonen said inside the United Center. “They said they would be interested in drafting me.”

Luukkonen said he plays a butterfly style but also likes to stand up.

He plans to spend at least one more season in Finland.

Update: The Sabres have drafted Finnish defenseman Oskari Laaksonen in the third round, 89th overall.

The 17-year-old Laaksonen, is, shall we say, a bit undersized for a defenseman at 5-foot-9 and 130 pounds, according to Eliteprospects.com.

Update: The Sabres have drafted Providence College defenseman Jack Bryson in the fourth round, 99th overall.

Like Laaksonen, Bryson isn’t ranked by Central Scouting and is undersized at 5-foot-9 and 185 pounds, according to Eliteprospects.com.

Teams rarely go off the board twice so early like the Sabres have this morning.

The 19-year-old Bryson had three goals and 20 points in 39 games as a freshman last season at Providence.

Update: The Sabres have drafted Swedish winger Linus Weissbach in the seventh round, 192nd overall.

The 5-foot-9, 154-pound Weissbach had 19 goals and 47 points in 49 games last season with United States Hockey League’s Tri-City Storm. The 19-year-old will play at the University of Wisconsin next season.