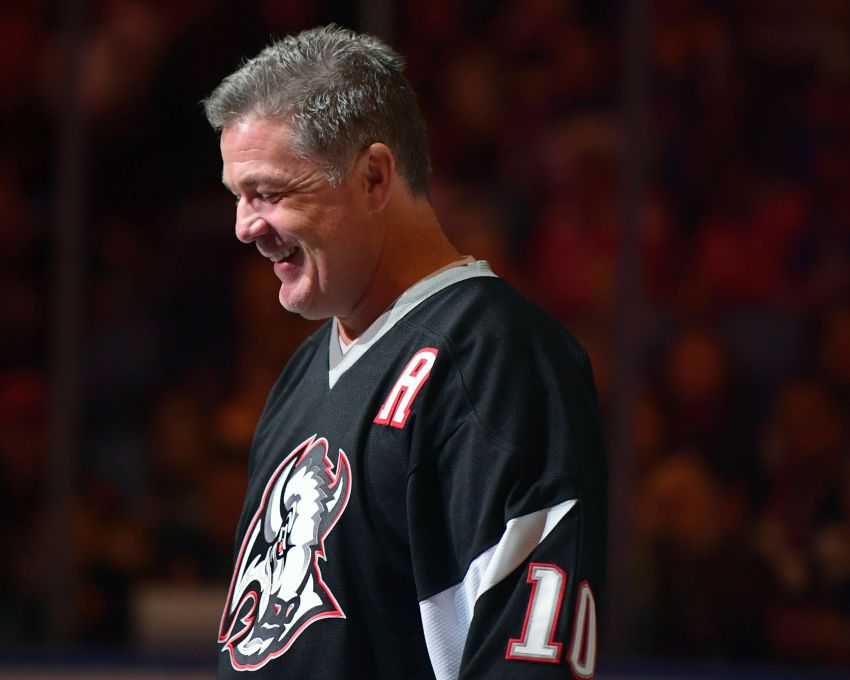 Brad May scored one of the most famous goals in Sabres history. ©2020, Hickling Images

Five more “Sabres Classics” – this time games featuring Buffalo’s fiercest rivals, including the wild “May Day” playoff win over the Boston Bruins – will be rebroadcast on MSG next week.

Brad May’s thrilling overtime goal in Game 4 of the Adams Division semifinal clinched a 6-5 triumph on April 23, 1993, ending a long run of first-round playoff exits. Legendary play-by-play man Rick Jeanneret’s accompanying “May Day” call became an instant classic and the most memorable of his Hall of Fame career.

The Sabres scored four third-period goals, including the winner from Alexander Mogilny with 1:17 left, to defeat the Leafs 5-4 on Dec. 20, 1992.

Derek Plante’s overtime goal in the Eastern Conference quarterfinal secured a 3-2 win on April 29, 1997. It remains the only Game 7 victory in franchise history.

Tyler Ennis’ overtime goal in Game 5 of the 2011 Eastern Conference quarterfinal clinched a 4-3 win on April 22, 2011. That was the Sabres’ last postseason victory.