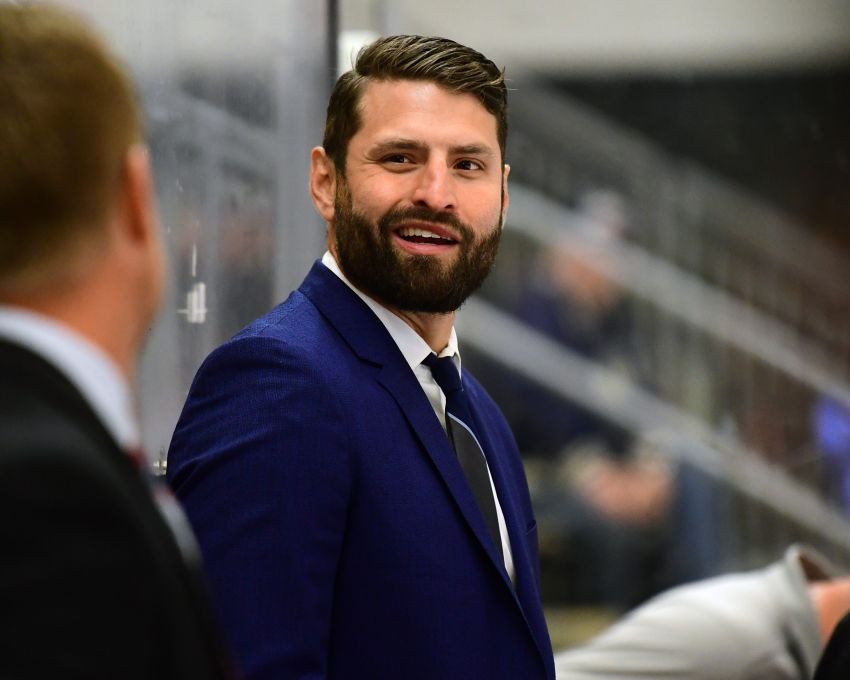 When the Buffalo Sabres named ex-Americans coach Chris Taylor an interim NHL assistant a year ago, Adam Mair moved from his role as a development coach to Rochester’s bench.

Mair, 41, said he had always aspired to become a bench coach, and the seven weeks he spent assisting interim coach Gord Dineen “confirmed the passion that I sought out to achieve right when I stopped playing.”

“Being on the bench was the best way for me to both impact the team, the players and truly help these guys develop in the best manner,” said Mair, who on Thursday was named an assistant on Amerks coach Seth Appert’s staff with Mike Weber, his former Sabres teammate.

Weber, 32, started coaching in 2018 shortly after his retirement. As a young assistant with the junior Windsor Spitfires, he soaked up as much knowledge as he could from general manager Warren Rychel and coach Trevor Letowski.

“I beat their door down,” Weber said on a Zoom call with Mair. “I wanted to be involved. I did everything I could to try to get in there as I could.”

As players, Mair and Weber looked like they would have futures coaching. Neither possessed loads of talent, yet they enjoyed long careers. Passion helped buoy them.

Mair played 615 NHL games over 12 seasons, earning action as a gritty third- or fourth-line forward. He spent seven seasons in Buffalo following his arrival in a trade from the Los Angeles Kings in 2002.

“As a player, we were knocking on the door a few years, we were fortunate to win a Presidents’ Trophy,” Mair said of his Sabres career. “You bleed the organizational colors. I always have regardless of where I’ve been. That … personal goal for me doesn’t change. It’s to do anything I can.”

Meanwhile, the tenacity Weber consistently showcased helped him enjoy an eight-year NHL career. The former defenseman played all but 10 of his 351 games with the Sabres.

“The type of player I was, I had no choice but to be detailed, to be structured, to be a constant learner of the game,” Weber said.

Weber, who played 59 games with the Amerks as a rookie in 2008-09, said his heart never left Western New York.

“You want to play and you want to coach in places that it matters, and there’s no bigger place, in my opinion, than Western New York, where it matters the most,” he said. “That’s what’s exciting.”

Replacing Taylor and his assistants, Dineen and Toby Petersen, will be difficult. That crew enjoyed a successful three-year run, reshaping the AHL affiliate into a contender while developing prospects for Buffalo.

It wasn’t surprising Appert, who was hired Aug. 18, added two former NHL players to his staff.

Appert has spent his entire coaching career in college and junior hockey, so the nearly 1,400 games of pro playing experience beside him in Mair and Weber will be vital.

“Just coming full circle again, as a player, now I’m coming back in the organization as a coach, I view it as the same as when I left as a player,” Weber said. “I have nothing but high expectations for, one, myself personally, and for the organization, and I’ll do anything to help achieve that.”