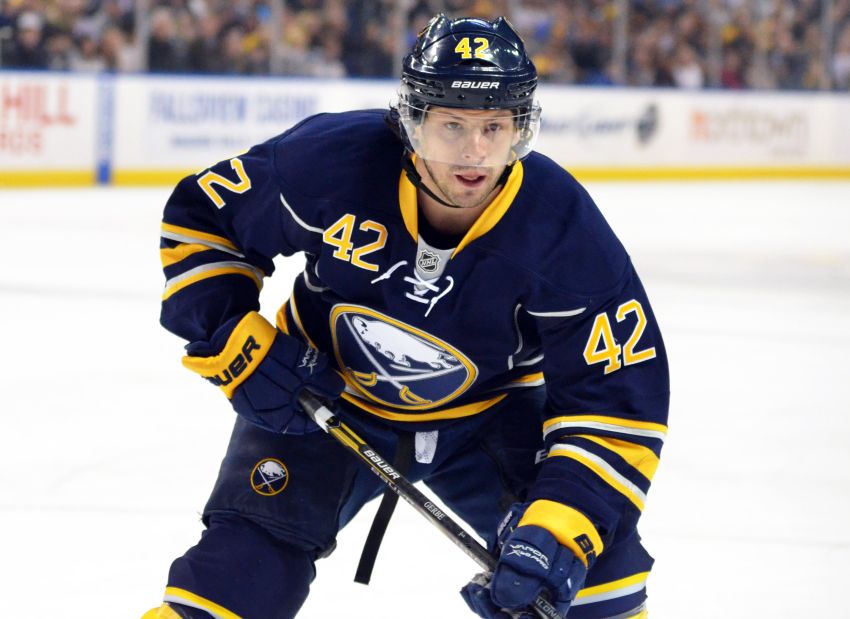 BUFFALO – If Sabres defenseman Chad Ruhwedel hadn’t signed his first NHL contract last week, then the rookie would’ve been watching the Boston Marathon up close on Monday, celebrating Patriots’ Day with friends like he had while attending UMass Lowell.

Naturally, Monday’s terrorist bomb attacks that killed three people near the marathon finish line and injured 180 have shaken some Sabres, who play tonight in Boston against the Bruins at the TD Garden, the city’s first major sporting event since the tragedy.

“I think everyone in the world feels their pain,” Gerbe said Tuesday inside the First Niagara Center after the Sabres prepared for tonight’s game.

The 22-year-old Ruhwedel, who was living about 25 miles away just last week, had friends in the area experiencing what he called a “huge” day. His sister was just landing in Boston.

Gerbe, who attended the marathon each year, an event he called an “awesome occasion,” recognized the spots on Boylston Street where the bombs went off.

“I’ve walked past there, I couldn’t even tell you how many times,” Gerbe said. “For yourself, you thank God for keeping you safe. But something like this happening is embarrassing for our world to affect innocent people.”

While the NHL postponed Monday’s Bruins game against Ottawa and the NBA canceled Tuesday’s Celtics contest, tonight’s game will go on.

The Sabres also faced the New York Rangers in their first home game after the Sept. 11, 2001 terrorist attacks.

“I actually found myself thinking about 9/11 when I heard about that knowing we were going to Boston,” Sabres general manager Darcy Regier said.

The team has no additional security planned for its trip, Regier said. He hasn’t spoken with team officials about security for the Sabres’ next home game Friday. He spoke to the team’s hotel Tuesday morning.

Regier has no reservations about going to Boston, believing, “You just move forward.”

“When you’re there, it’s going to be pretty difficult not to think about what happened,” he said.

Tonight’s game will almost certainly be an emotional affair.

Ott expects the game “to start with probably a little bit of a downer.”

“But we’re going to go out there and try to play our hardest for the people and at least try to put some smiles on the faces for at least a couple hours,” he said.

For Ott, the tragedy hits even closer to home because 8-year-old Martin Richard was killed. Pictures are already circulating of the boy. In one, he’s holding a sign that reads “No more hurting people.” In another, he’s wearing a Bruins jersey at a game.

“I have a 5-year-old little daughter at home,” Ott said.

Sabres rookie Brian Flynn, who will make his Boston NHL debut tonight, grew up in nearby Lynnfield and lives in South Boston during the summer. The marathon is a part of life for locals.

“I’ve been part of that day a lot, Patriots’ Day in Boston, never had school,” Flynn said. “Always went to the marathon, went to the Red Sox game. So I’ve been in that situation and it’s scary to think about.”

Flynn knows Bostonians are a resilient bunch. They won’t back down.

“That’s not going to stop people from going to events like that,” the winger said. “I think if anything, hopefully it brings the city together a little more.”