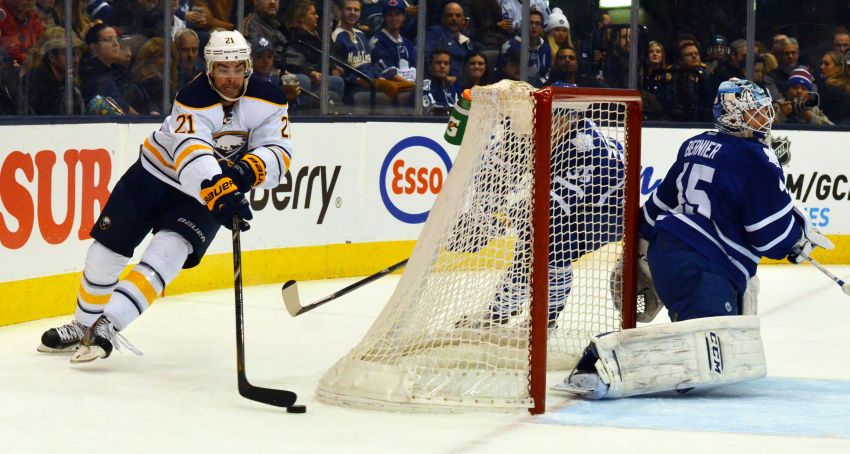 “I’m not 100 percent sure,” Nolan told reporters in Minnesota. “But it’s not a day-to-day thing.”

That means the Sabres, who only had 12 healthy forwards, have to find add another one.

But where do they get one? They already recalled three recently.

Veterans Jamie Tardif and Michael Zigomanis (who only has an AHL contract) are injured in Rochester. Luke Adam is attending to a family matter and unavailable. Colton Gillies, a veteran of 154 NHL games, only has an AHL deal.

According to the Rochester Democrat and Chronicle’s Kevin Oklobzija, the only viable recall is center Phil Varone.

Varone has six goals and a team-best 27 points in 30 games with the Americans. The 23-year-old’s 52 points topped Rochester two years ago. He’s never even played in an NHL preseason game.

The Sabres could also look to the waiver wire. Minnesota waived center Zenon Konopka, a tough guy who’s also one of the league’s best faceoff men, Thursday. The Sabres, by virtue of their 30th ranking, have first dibs.

Stafford was injured when he hit Matt Cooke in the first period and only played 3:21. He joins forwards Cody Hodgson (hand), Ville Leino (lower body), Cody McCormick (hand) and Kevin Porter (lower body) on the sideline.