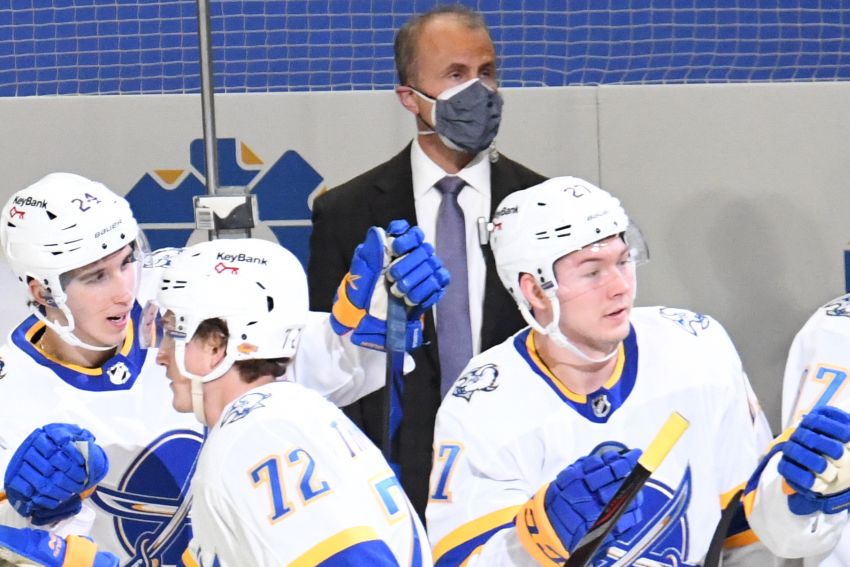 The Sabres announced shortly before Thursday’s 4-0 road loss to the Pittsburgh Penguins that Granato, 53, and Ellis, 39, had entered protocol and were self-isolating.

General manager Kevyn Adams filled in for Granato and the Sabres also promoted Rochester Americans coach Seth Appert to fill in for Ellis.

The Sabres, who have lost 16 straight games, play the Bruins this afternoon.

Appert led Friday’s Sabres practice in Boston, according to The Buffalo News. Meanwhile, in Rochester, Amerks assistants Adam Mair and Mike Weber shared the coaching duties against the Syracuse Crunch.

The Amerks hadn’t played since March 10 because of COVID-19 postponements.

The AHL announced Friday that Sunday’s Amerks home game has been postponed because of “COVID-19 protocols affecting the Utica Comets.”

Sabres winger Kyle Okposo, who has a scary history of concussions, said the upper-body injury he has been battling is related to his neck.

“Kind of some of those similar symptoms that have popped up in the past,” Okposo said on a Zoom call Friday after returning to practice in Boston.

Okposo said he “stayed out in front” of his problem.

“I got it worked on and was able to get better quickly,” he said.

Okposo will likely miss his fourth straight game this afternoon. The American said he was possibly injured in practice.

“I was alarmed, for sure,” he said. “It’s something that has been part of my life here over the past number of years and something that you I probably will continue to deal with. But I have a great team here in place and great people around me to work with that I know what to do and how to get through it.”