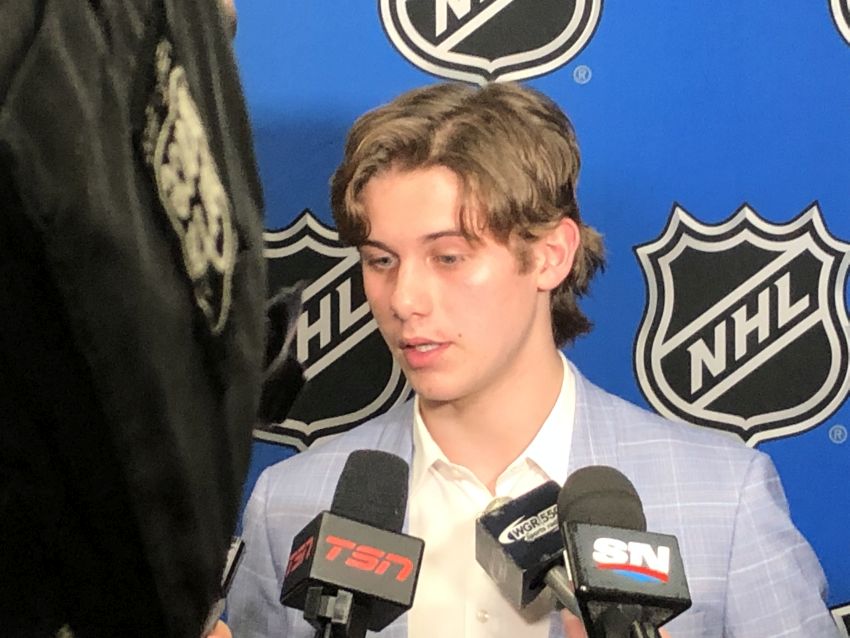 “My biggest things are my inner drive, my competitiveness,” Hughes said before the lottery inside the CBC building. “I want to score, I want to score every shift and make a play happen. But I mean, obviously, I’m a smaller, skilled, speed player. I translate really well.

“I like to say I play like Patrick Kane a little bit, but I feel I’m more of a Mat Barzal in how I carve through the neutral zone, lug the puck, and find my teammates. I feel that’s more my game.”

The full draft order after the lottery: