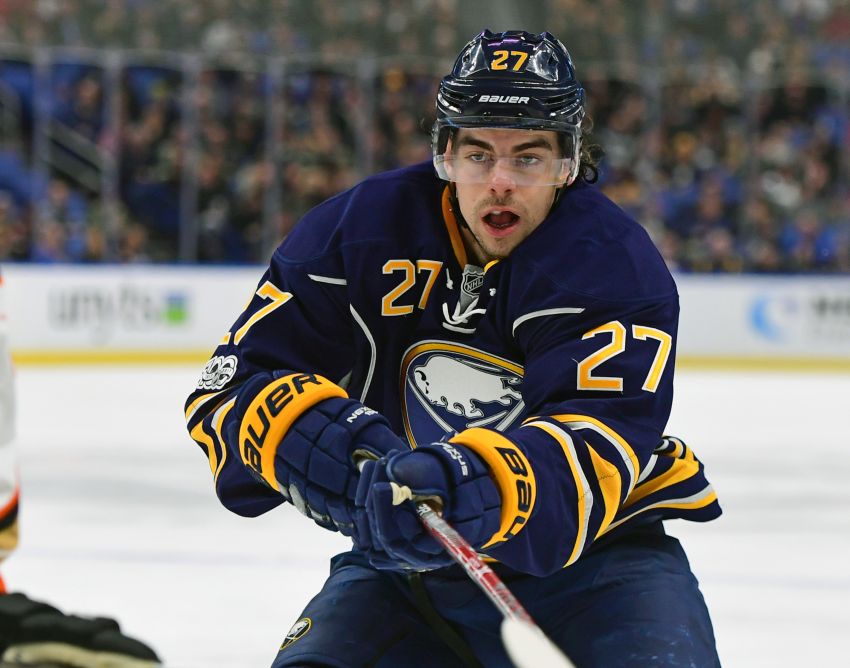 “It was pretty exciting in my hometown, so it was extra special,” Grant said Thursday morning after the Sabres, who reclaimed him Monday, recalled him from the AHL.

In Thursday’s 5-2 loss to the Anaheim Ducks at KeyBank Center, Grant played his 82nd NHL game, the equivalent of a full season. He has seven assists.

The Sabres recalled Grant and center Evan Rodrigues because winger Evander Kane was questionable with a hand injury and center Zemgus Girgensons missed the game with a mid-body injury after taking some big hits this past week. Sabres coach Dan Bylsma said the Latvian is day-to-day.

“Getting put on waivers (stinks),” Grant said. “When you get claimed, it’s a good feeling in the sense that I know I’m an NHL player and obviously someone else felt that.”

Kane joked he crashed into his “favorite wall” after scoring the overtime winner in Tuesday’s 5-4 thriller against San Jose.

His hand, which was wrapped after Tuesday’s game, is still bothering him. He put it behind his back Thursday morning during his chat with reporters.

Still, Kane played against the Ducks. That meant Rodrigues was scratched.

“It’s an important time of the season and I felt maybe better than I thought I would this morning,” he said.

The Sabres made one change on defense, inserting Justin Falk for Taylor Fedun.