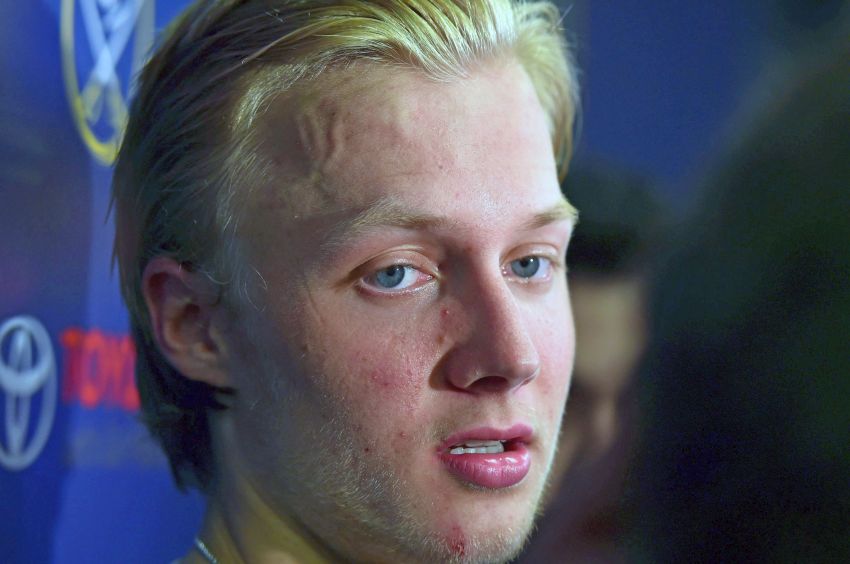 BUFFALO – Why now? Why did the Sabres recall top forward prospect Alexander Nylander today of all days, with the Toronto Maple Leafs and his brother, slick rookie William Nylander, in town?

On one hand, the night will be unforgettable. NHL debuts are always special, but could you imagine doing it against your brother? On the other hand, the pressure on Alexander Nylander, 19, will only increase.

The spotlight will be on Nylander, the eighth overall pick in 2016, all night. The recall has certainly created a buzz.

Nylander has done that in what Bylsma called “a man’s world in a man’s game.”

“That’s really kind of been the challenge for Alex this year playing in the American Hockey League,” he said. “You got to keep that in mind they’re just (19) years old. It’s a big challenge for him.”

Bylsma plans to play Nylander on the right wing with center Evan Rodrigues and Marcus Foligno.

This will be the Sabres’ third straight game with a brother on the other side. Sabres captain Brian Gionta faced Stephen Gionta in the Sunday afternoon’s 4-2 loss to New York Islanders. Foligno faced Nick Foligno in Tuesday’s 3-1 road loss to the Columbus Blue Jackets.

Check back later for much more on Nylander’s debut. He said his father Michael, who made 920 NHL appearances, and his entire family will attend the game.

In other news, Bylsma said goalie Robin Lehner will start. The rest of the lineup will be announced before the game. Defenseman Cody Franson will likely return from a six-game absence (hyperextended joint).

– The scorching Leafs have won three straight games and six of the last seven.

– Sabres center Jack Eichel has gone pointless in the last two games. He hasn’t had three consecutive games without a point since Jan. 26 to Feb. 2. Eichel has 23 goals and 55 points in 57 outings this year. He ranks seventh in the NHL in scoring since making his season debut Nov. 29.