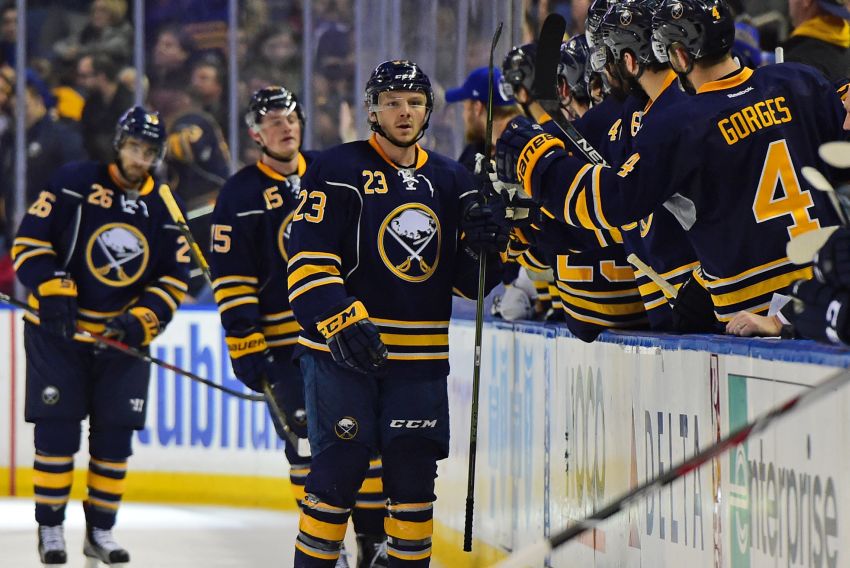 BUFFALO – After a brief run back at center filling in for the injured Ryan O’Reilly, Sabres rookie Sam Reinhart will skate again on the right wing beside center Jack Eichel and Evander Kane tonight against the Calgary Flames.

Someday, Sabres coach Dan Bylsma said, he envisions Reinhart returning to center, his natural position. But Reinhart, whose 18 scores top the goal-deprived team, is most effective on the side right now, Bylsma believes.

“Just really putting together a line that could be our best line,” Bylsma said inside the First Niagara Center.

Of course, Eichel earned a spot on the U-23 team that also has phenom Connor McDavid and slick Flames winger Johnny Gaudreau, who has 24 goals and 63 points in 62 games.

“You see his skill set, his skill level,” Eichel said. “I wasn’t really too surprised about how well he did.”

The unique World Cup format – there are basically All-Star team in addition to countries – is good, Eichel said.

“I would say it kind of has gone the wrong way for him,” Bylsma said. “When he skated in Anaheim, he felt real close to being ready to go.”