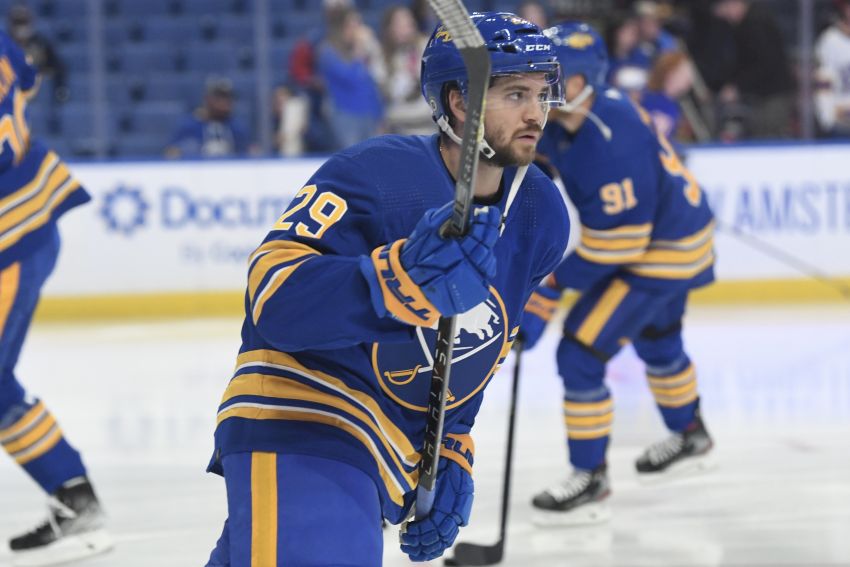 Vinnie Hinostroza has played every game for Buffalo this season. ©2021, Micheline Veluvolu

As COVID-19 began tearing through the NHL again earlier this month, the Buffalo Sabres remained relatively unscathed, placing just one player in protocol while continuing their schedule uninterrupted.

But as positive tests skyrocketed throughout the league, game postponements piled up. Team after team was forced to pause its season.

Sooner or later, it felt like the Sabres would be impacted. Sure enough, all three of their games scheduled for this week have been shelved.

Late Monday morning, COVID concerns forced the NHL to postpone the Sabres’ game against the Blue Jackets scheduled for 7 p.m. at KeyBank Center and Thursday’s contest in Columbus, their last before a three-day Christmas break.

The league postponed Wednesday’s home game against the Colorado Avalanche last week, so the Sabres aren’t scheduled to play again until next Monday versus the New York Islanders at home.

But given the how COVID is overwhelming the league – right now, nine teams have been shut down and more than 100 players are in protocol – it’s unclear if games scheduled for next week can be played.

Late Monday afternoon, shortly after the Sabres announced they would practice this morning at LECOM Harborcenter, they placed winger Vinnie Hinostroza in COVID protocol. General manager Kevyn Adams is scheduled to address the media following the session.

Update: The practice has been canceled. Adams will talk to media via Zoom at noon.

No makeup dates for the Sabres’ three postponements have been announced.